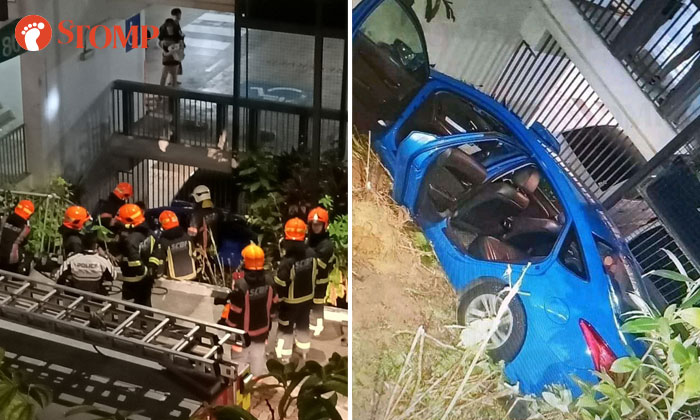 A 52-year-old female cabby and an 18-year-old female passenger were taken to hospital after the taxi they were in crashed into a railing and onto a slope at Block 805 Keat Hong Close in the early hours of Saturday morning (Nov 16).

Two Stompers alerted Stomp to the incident and shared photos and a video of Singapore Civil Defence Force (SCDF) officers who had arrived to rescue the women from the taxi.

The incident happened next to a multi-storey carpark.

The SCDF told Stomp it responded to the accident at 2.27am.

The 52-year-old driver and 18-year-old passenger were conscious when they were taken to National University Hospital and Ng Teng Fong General Hospital respectively.

In response to a Stomp query, the police said they were alerted at 2.25am.

One of the Stompers shared photos of the broken railing and damaged vegetation following the accident. 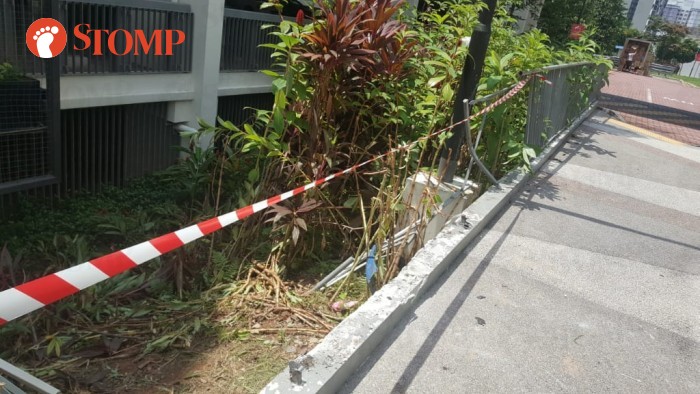 He said: "Taxi and personal mobility device (PMD): Which is more dangerous?"

Ms Tammy Tan, Group Chief Corporate Communications Officer of ComfortDelGro told Stomp in a statement: "We are in touch with the Traffic Police and are trying to get in touch with the passenger who we understand was treated as an outpatient.

"Our cabby has also been discharged."