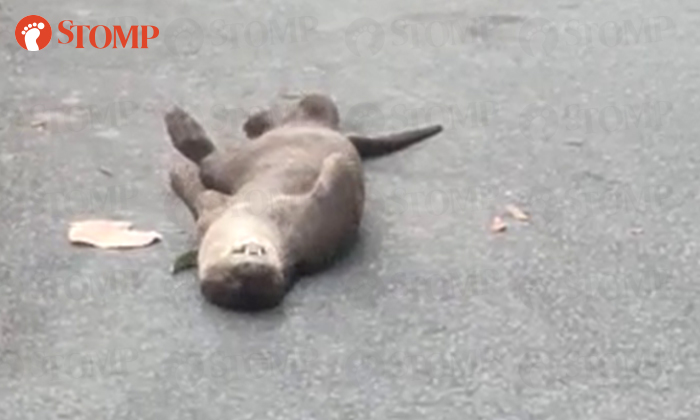 Stomper Akaii was cycling with her family when they stumbled upon a cute otter at a park connector in Admiralty on Saturday evening (Jan 18).

She contributed a video of the otter and told Stomp: "I was with my brother, my 10-year-old niece and 14-year-old son at the time.

At one point of the video, a runner can be seen turning back to look at the adorable otter.

"It was about 7pm when we were cycling at this park connector behind Block 469 Admiralty Drive."

"The kids were so shocked when they saw the otter. They weren't sure what it was," said Akaii.

"There were a couple of passers-by there looking at the otter as well.

"My brother and I were so surprised. I've only seen an otter in a zoo.

"My son suggested sharing it so he used my phone to record a video of the otter.

"We cycle here once every week but this is our first time seeing an otter here."

Related Stories
Stomper delighted to see otter digging into fishy treat at Bayfront
Stomper sees wild otters for the first time while on her daily walk in Sengkang
Stomper finds otters going about their "business" in Jurong: 'Dirty and stinky but still cute'
More About:
otters
wildlife
animals