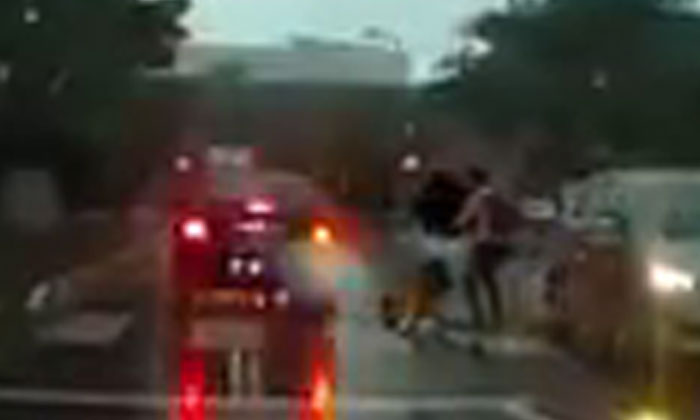 A car was caught on video knocking over a pedestrian at a zebra crossing at Changi Business Park on Feb 11.

Facebook user, Lynn Ong, posted the video on her Facebook page in an appeal for witnesses of the incident.

Lynn, who is the woman's cousin, said that the hit-and-run incident happened outside Plaza 8 at Changi Business Park Crescent.

According to the time stamp in the video, it happened at about 5.47pm.

In the video, a man and woman are seen crossing a zebra crossing as an oncoming car approaches.

However, instead of stopping, the car continues forward and knocks the woman to the ground.

It does not stop and is seen making a right-turn after the crossing.

Lynn wrote in her post: "...We believe that justice should be served and we all should be responsible for our actions even though my cousin sustained minor injuries."