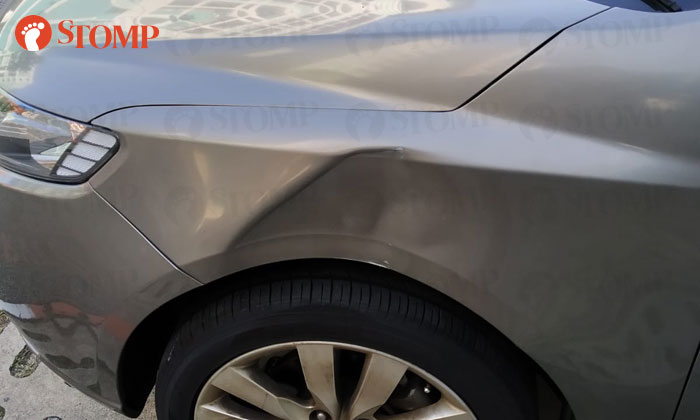 Following a hit-and-run at a Pasir Ris carpark, another Stomper has come forward to share a similar incident happened to him too.

Stomper Peter shared with Stomp that his own car was damaged in a hit-and-run at a carpark near Block 125 Pasir Ris Street 11 on Dec 27, 2019.

He had read Stomp's report on the damage done to Stomper Cindy's car that was parked near Block 409 Pasir Ris Drive 6 on Feb 7.

Like Cindy, Peter's car was dented and damaged on its side.

He said the culprit did not leave a note and he did not have an in-car camera to see what had happened.

"My car had recently been in a similar hit-and-run at Pasir Ris Street 11 and had an almost identical hit area on its body as Cindy's.

"It's much of a coincidence."

He told Stomp that he also made a police report.