Ex-Queenstown Primary students reunited with hockey coach after 41 years, looking for other teammates 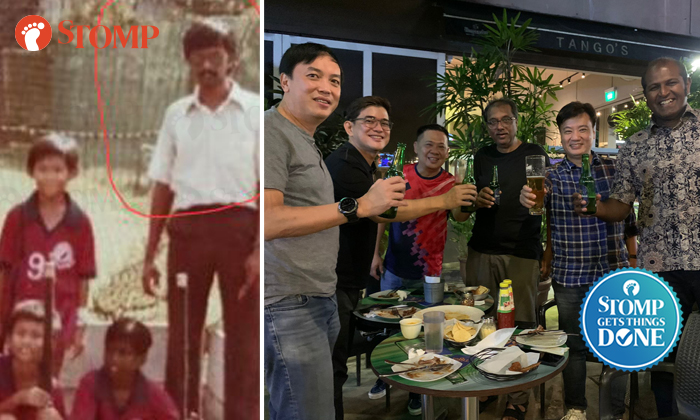 A group of friends have reunited with their former hockey coach from Queenstown Primary School and are now hoping to reconnect with the rest of the team.

Stomper Richard had appealed for help last month to locate Mr Balachandran, his hockey coach at Queenstown Primary School in 1981.

Two days later, Mr Bala and his son reached out to Stomp, who linked up both parties.

The former hockey coach and his ex-students finally got to meet up in person on Tuesday (Nov 15) after 41 years. 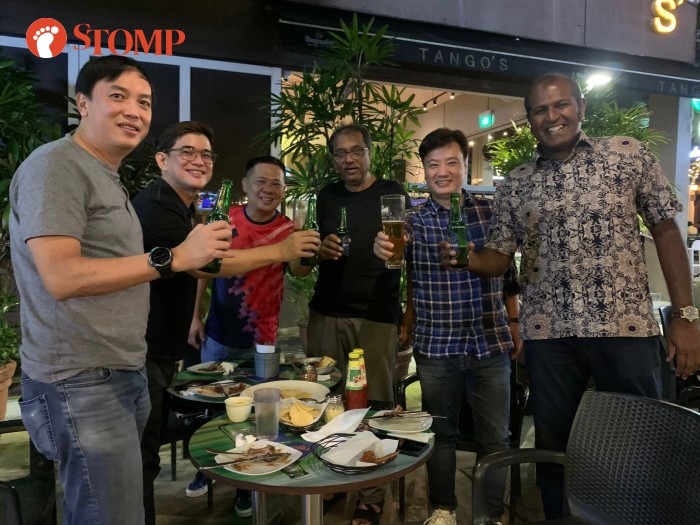 Richard in a red shirt, next to Mr Bala, the bespectacled man in the middle of the photo

Richard said: "Thank you Stomp for your help. We found Mr Bala and had a small reunion. He is 64 years old now.

"We talked about what had happened to us during these 41 years, our families and personal lives, as well as special memories from our past hockey training sessions.

"We also recounted our skills and funny moments during the Under-12 National Hockey Competition at Padang in 1981. Even though we eventually lost out on a penalty shot, it was an honour to have played a game at Padang."

Asked if he had expected to reconnect with Mr Bala, Richard told Stomp: "We had some faith that we would find him via Stomp."

"I feel great and gratified as it has been over 40 years, and he was our coach and mentor. We were very close to him at the point in time."

The Stomper is now hoping to locate the rest of the players in his old team. He estimates that there are around five more of them. 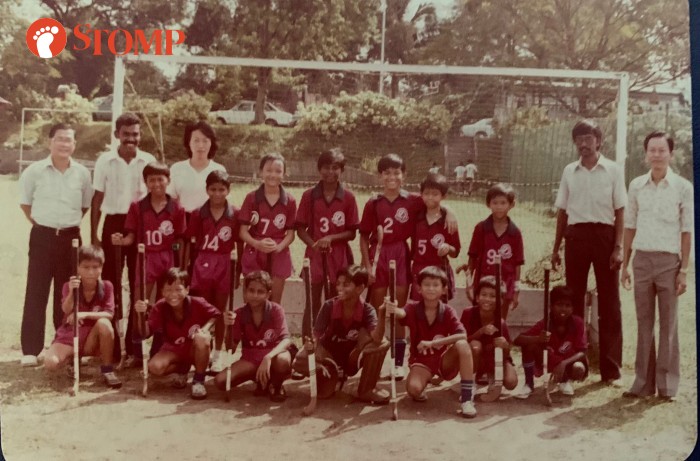 "Some names that we recall and hope to locate are Parthasarathy (goalkeeper), Ganesan and Zukiflie.

"I would appreciate if everyone can help us locate the rest of the players in the team."

Mr Bala told Stomp that he has stopped coaching "long ago".

He described the reunion as "great" and added: "Thanks Stomp for being instrumental."

Related Stories
Ex-students looking for man who was hockey coach at Queenstown Primary School in 1981
Long-lost brothers reunited after 50 years: 'Thank you Stomp for helping us'
Found: Ex-teacher from Hai Sing High School 'overwhelmed' to reconnect with former students after Stomp report
More About:
appeal
looking for
students
Stomp gets things done