Courier assaulted pregnant GF and dragged her out of room by her legs, hit driver in road rage dispute 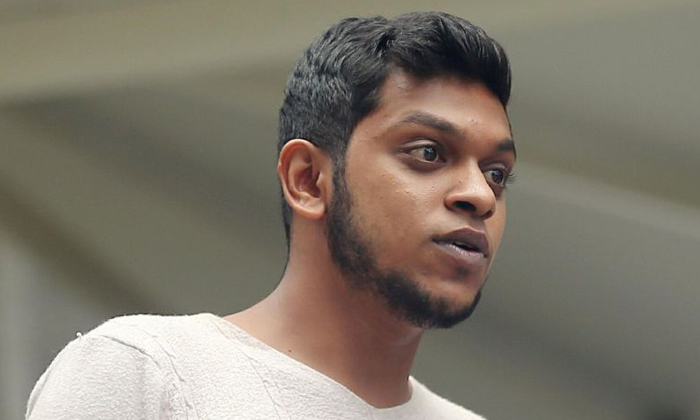 A courier locked in a quarrel with his pregnant girlfriend vented his rage by pulling her off a mattress, causing her to fall onto the floor.

The court heard that she was about four months pregnant at the time of the incident in June 2017. The couple married last year.

On Wednesday (March 27), Mustaffa was jailed for 10 weeks after pleading guilty to two counts of assault, one of which involved an unrelated road rage incident.

District Judge Mathew Joseph chided Mustaffa, saying that what he did was "despicable" and that he was "fiendish" to assault a pregnant woman.

The couple were staying in a Bukit Panjang flat belonging to Mustaffa's cousin when they had an argument at around 1am on June 11, 2017, over Madam Shahiqah's relationship with her former boyfriend.

His cousin, who heard the commotion, stopped him from hitting her and told the couple to leave his flat if they wanted to continue quarrelling.

Deputy Public Prosecutor Ng Jun Chong said: "The accused asked the victim to leave... with him but she refused. The accused then dragged the victim out of the room and into the corridor... by her legs."

Mustaffa's cousin called the police at around 3am.

Madam Shahiqah refused to undergo a medical examination after the incident but the court heard that she later gave birth to a healthy baby boy.

In an unrelated incident, Mustaffa was driving on the extreme right lane of Kranji Expressway at around 9pm on March 24 last year when he noticed a car driven by a man identified as Lum Wai Keong, 49, in front of him.

DPP Ng told Judge Joseph: "As the victim's car was travelling at about 60 to 70kmh despite being on the extreme right lane, the accused flashed his high-beam light... twice to signal for the victim to give way to him. The victim did so by slowing his car down and moving to the middle lane."

When both cars were side by side, the two men wound down their windows and hurled vulgarities at each other.

They stopped their vehicles at a road shoulder and alighted. Lum then punched Mustaffa's face once and the younger man lost his balance.

The courier returned to his car to get a wooden stick which he used to hit Lum repeatedly until it broke. Lum's daughter, who was nearby, called the police.

Lum was later charged in court with assaulting Mustaffa. His case is still pending.

On Wednesday, defence lawyer Low Seow Ling, who was assigned to the case under the Criminal Legal Aid Scheme, pleaded for Mustaffa to be given a high fine instead.

Ms Low stressed that Lum was the one who had thrown the first punch and said her client was "deeply remorseful".

For each count of assault, offenders can be jailed for up to two years and fined up to $5,000.