Why you don’t give way? Driver blocks lane and gets aggressive at Stomper for not driving through 'big space' 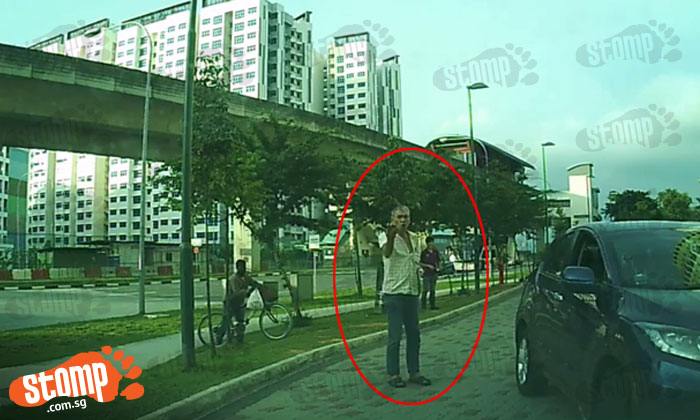 How would you react if a driver got out the car and got aggressive for something which was his mistake? This Stomper responded in the most patient way possible.

Stomper Kelvin was driving along Block 312A Sumang Link on Thursday (Nov 3) at around 5pm when driver of SLF3430Z who was occupying a third of his lane insisted on him driving through the little space provided.

That’s not all. The driver of the other vehicle even stepped out and turned aggressive when the Stomper did not move.

"I had asked him to move back gesturing using my hands, but he horned at me twice to move in.

"It’s impossible for my car to do so, since he’s already occupying a third of my lane!

"He stepped out of the car and was telling me to move since there’s a lot of space. He even tried to turn aggressive.

"I stayed in the car the whole time. I really did not understand what he was trying to do. Why was he trying to blow up such a small matter?”

However, Kelvin does not blame him entirely as the cars parked at the side of the coffee shop were the main problem. Those inconsiderate drivers parked there, had turned a two way lane into a one.

According to the Stomper, this has been a persistent problem in the area.

"To be frank, this road is terrible because a lot of parents drive in and out to pick up their kids from the childcare nearby.

"And there are cars always parked here, making it very difficult to move.

"This poses a very big safety issue because there are a lot of pedestrians walking around. And with the cars parked as such, it cuts out many blind spots waiting for an accident to happen.

"I really hope the higher authorities look into this matter soon."