Your life means nothing to these drivers: Watch how they race illegally on Orchard Rd 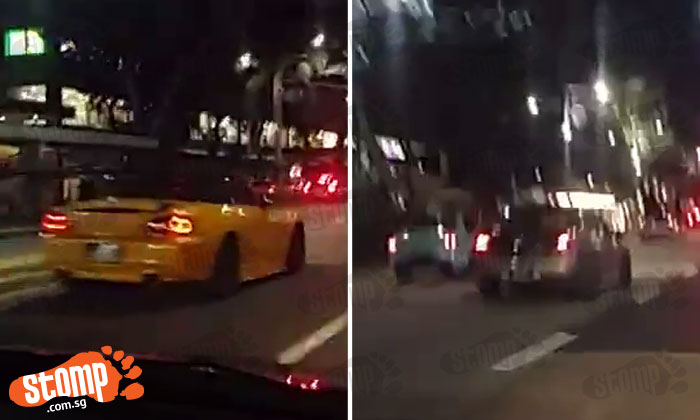 The Police have issued a statement saying that two men aged 22 and 28 are currently assisting the Traffic Police with investigations.

In the first video, two sports cars and a grey-coloured sedan can be seen travelling at a high speed outside Marriott Hotel.

The three drivers were oblivious to the presence of other vehicles on the road and showed a total disregard for the lives of other motorists.

In the second video, the three cars can be seen racing inside a tunnel. The rev of the engines can be heard very clearly in the enclosed area.

It is unclear when the illegal race took place.

Vehicles involved in this offence may also be liable for forfeiture under Section 117(1) of the Road Traffic Act, Chapter 276.

Traffic Police takes a stern view on such dangerous road behaviour as it puts the lives of the drivers and other road users at risk. Regular enforcement operations are conducted by Traffic Police to put such errant motorists to task.