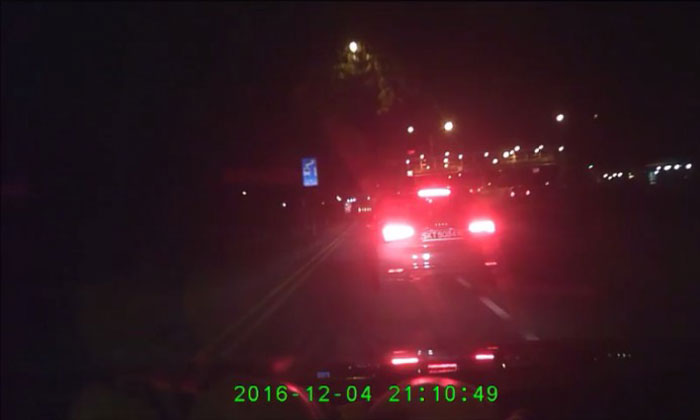 Driver Bernard Li was on the road with his wife and two children on Dec 4 at around 9.10pm, when another car (SKT9084M) cut into his path dangerously for no apparent reason.

According to a Facebook video, what followed was a series of taunting and braking lasting for about one and a half minutes.

Even when Bernard tried to avoid him by switching lanes, the other party swerved in front of him and braked, thus blocking his path on purpose.

It was only at a split road did Bernard manage to get rid of him.

Netizens cast their suspicions that Bernard must have done something before that to provoke the other driver.

However, there is no proof of this from the video that has been circulating online.

Regardless, taunting and braking should be condemned in any case as it posed a potential danger to both Bernard and the reckless driver, as well as to other motorists on the road.

Check out Bernard's video to see for yourself.