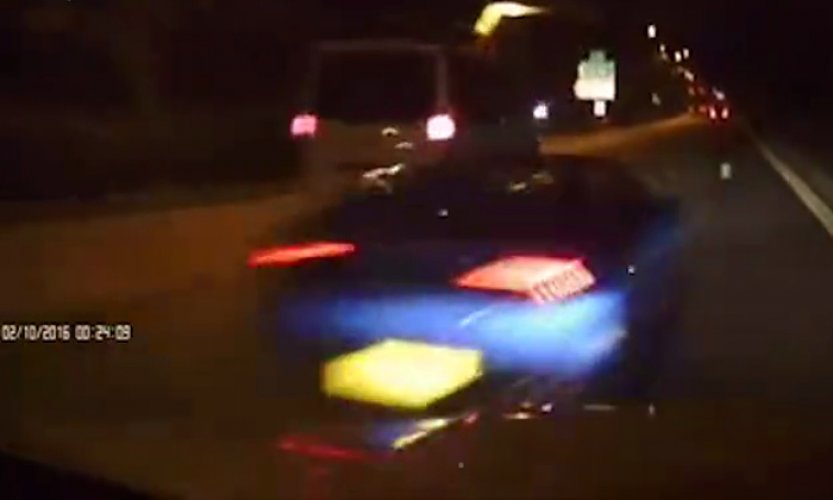 The Police are investigating an incident in which a Lamborghini driver endangered the lives of road users by speeding recklessly.

Stomper Edwin alerted Stomp to a video of the incident, which took place the night before (Oct 1).

It shows the luxury car driver whizzing through and past two vehicles to overtake them.

The clip was uploaded on the Roads.sg Facebook page and credited to Heng S M.

Voices expressing surprise and fear at the driver's actions can also be heard in the clip.

A caption accompanying the video also said, "Bloody idiot Lamborghini driver that put my family into danger. I hope all can help to share.

"I am not only going to share but I am going straight to LTA/Traffic police to hand over this video personally."

In response to the Stomp report on the incident, a Police spokesperson said:

"The Police confirm that investigations are on-going.

"Anyone with further information may wish to write in via the ‘E-FEEDBACK ON ROAD USERS’ portal at http://www.police.gov.sg/e-services.

"Should you wish to provide further feedback regarding this, you may write in to the Traffic Police at SPF_Feedback_TP@spf.gov.sg."