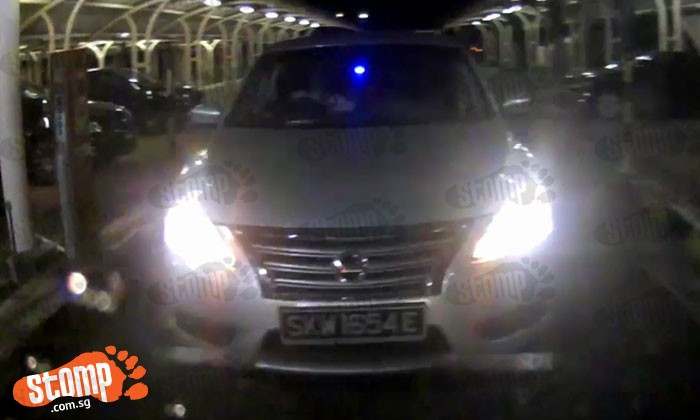 Stomper Sabrina was visiting someone at Singapore General Hospital last Friday (Nov 25) and was exiting the hospital at 8.45pm, when a man driving a Nissan, tailgated her car to pass through the gantry.

According to Sabrina, the Nissan driver tried to exit first but could not pass through. Hence, he reversed his car and simply waited.

The man then signaled to Sabrina, who was in her car, to exit so that he could tailgate her.

Despite feeling upset, Sabrina decided to not confront the man as she was driving with her mother and son.

After exiting the area, he went on to Ayer Rajah Expressway while Sabrina drove towards the opposite direction.