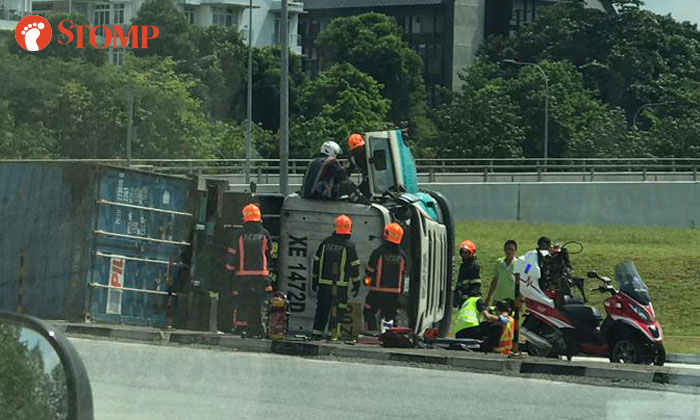 A 38-year-old trailer driver was taken to hospital after the trailer he was driving toppled at the junction of West Coast Highway and Harbour Drive.

Stompers Suriya and Sam alerted Stomp to the incident and shared photos and a video taken at the scene.

In photos Suriya received from a friend who was passing by, Singapore Civil Defence Force (SCDF) officers are seen rescuing the driver from the cab of the trailer. 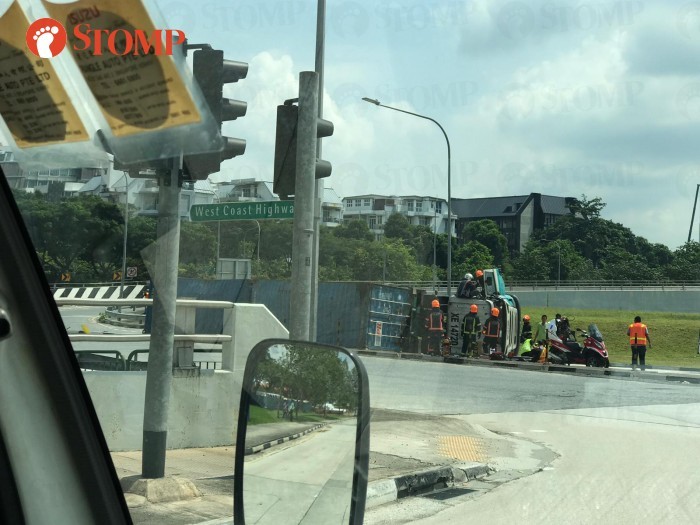 An SCDF spokesman told Stomp that they responded to the accident at about 12pm.

"A person was trapped in the vehicle and was rescued by SCDF using hydraulic rescue tools," he said.

In response to a Stomp query, the police said they were alerted at 12.02pm.

"The driver, a 38-year-old man was conscious when conveyed to Singapore General Hospital," a spokesman said.

Related Stories
2 lorries and 1 taxi in accident along PIE
Driver causes Stomper to fall off bike after making sudden brake in Tampines, police investigating
Flying rock smashes through car windscreen on BKE: 'My pregnant wife and I could have died'
More About:
accident
trailer
rescue
scdf