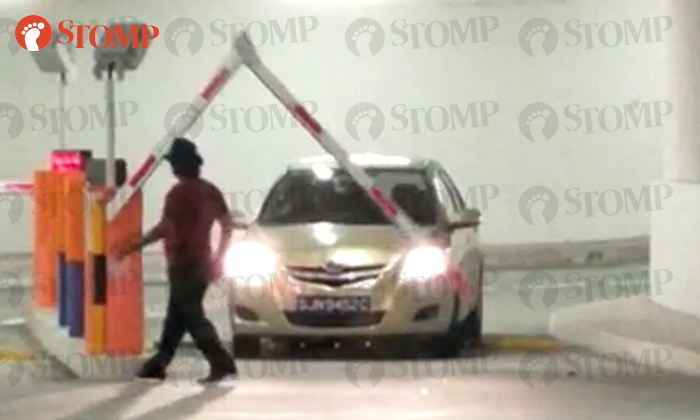 A malfunctioning carpark gantry barrier at Wisma Geylang Serai left a driver unable to pass through.

That was until a man took the initiative to hold up the barrier with his hand, allowing the driver through.

Stomper Kira contributed a video of the incident, which occurred on June 13, that shows the malfunctioning gantry arm moving up and down repeatedly.

Kira, whose husband was driving, said: "The gantry was fine when we entered the carpark.

"While waiting for a parking lot, we saw this happen.

"There were a few cars that were affected."

Kira's husband told Stomp that when they returned to the carpark at around 9pm to retrieve their car, the gantry arm was still malfunctioning.

A spokesman for Wisma Geylang Serai told Stomp: We confirm that the above-mentioned incident did take place, but it happened on 13 June 2018 at 11.34pm.

"Wisma Geylang Serai’s maintenance staff attended to it and the technical fault was resolved soon after.

"We are extremely fortunate that no member of the public was injured and neither was any public property damaged.

"Our technical person was there on standby throughout to assist.We regret this incident happened.