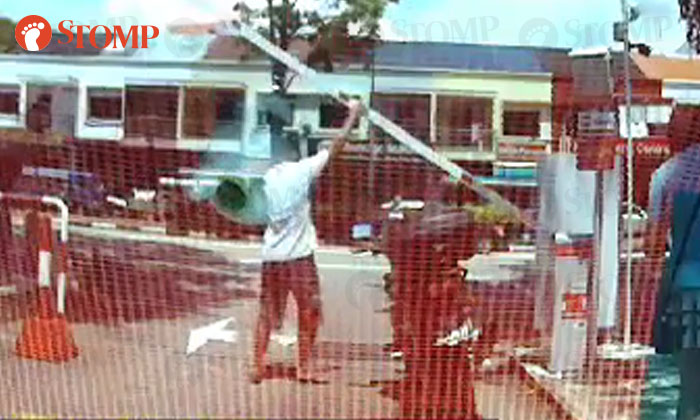 A motorcyclist literally took matters into his own hands and lifted the arm of a carpark gantry manually along Bedok Road yesterday (Aug 20) at 12.21pm.

Stomper Maw was behind the motorcycle when the incident took place and recorded what happened on his dashboard camera.

In a telephone interview, he said that the motorcyclist was at the exit of the carpark for a few minutes fiddling with his cash card and the machine.

When the gantry arm failed to open after numerous tries, he walked up and lifted it with his hands.

The motorcyclist then returned to his vehicle and rode out after that.

Throughout the video, he did not have his helmet on. It is unclear if he did put on one eventually.

Maw felt that the motorcyclist should have tried to contact staff in charge of the carpark through the machine instead of forcing his way out.

The Stomper added that the machine was able to detect his cash card when he left the carpark after the motorcyclist rode away.