Driver accused of tailgating to avoid parking fee, but there might be more than what it seems 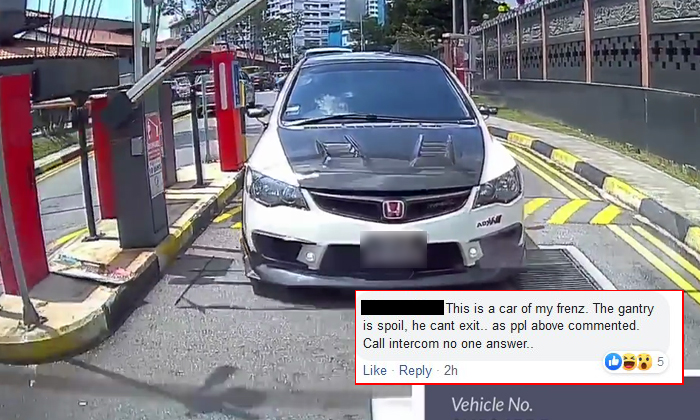 A car driver was accused of tailgating another motorist to avoid paying for parking, but there might actually be more to the story than what was captured on camera.

Facebook page SG Road Vigilante posted a video of the incident that is said to have occurred at Jurong West Street 92 on Monday (June 8),

The video shows a Honda Civic travelling behind the vehicle that had captured the video and passing through the carpark gantry with the latter.

However, a netizen, who identified himself as a friend of the Honda driver, refuted the accusation.

According to the netizen, the carpark gantry was faulty at the time of the incident.

He also commented: "My friend parked for less than two minutes. If the car cam doesn't believe, [he] can always send in a complaint to HDB and they have his entry record [as] proof."

Some users felt that the distance between both cars was too "big" to be considered tailgating.

They also said the gantry system might have already deducted the Honda driver's parking fee.