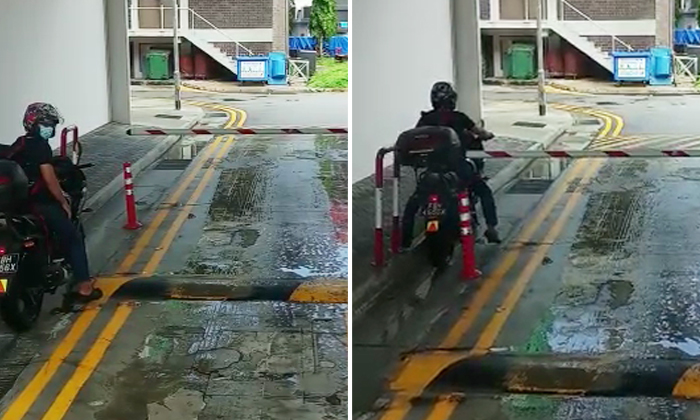 A motorcyclist was determined to squeeze through a narrow gap in the gantry barrier at a carpark rather than just paying for parking.

Stomper Li witnessed the incident at Yishun Street 81 on Monday (June 8), at around 11am.

Li, who submitted a video of the incident, had honked at the motorcyclist but the latter remained undeterred.

In the video, the motorcyclist can be seen gesturing at Li after being honked at and then slowly edging his way through the tiny gap before riding off.

Li told Stomp: "He squeezed through the gap just to avoid paying for parking.

"I was shocked and felt a bit funny when I saw what he was doing.

"He knew he was not supposed to do that but still insisted on doing so. I already honked at him but he still wanted to go through with it."

In a separate incident last week, a driver made headlines after making an extreme detour to avoid paying for parking.