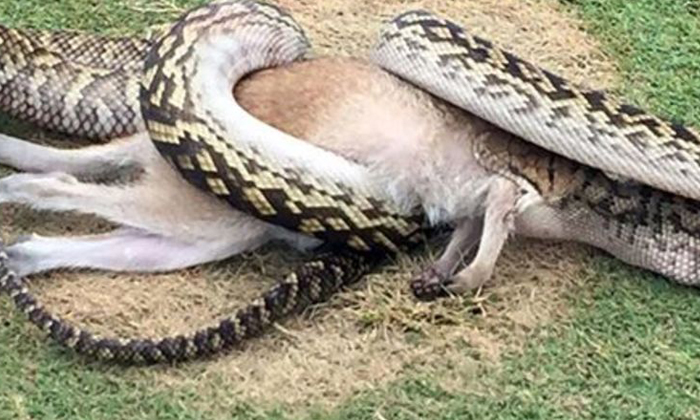 A 17-foot python has been filmed devouring a kangaroo just metres behind a family caravan park in Queensland, Australia.

According to The Lad Bible, the massive snake can be seen swallowing the last of a helpless kangaroo.

The reptile can even be seen unhinging its jaw in different parts to fit the massive marsupial meal in its mouth.

"Just found this snake at the back of the caravan," Helen Smart, who filmed the video, can be heard saying.

"And I'm whispering because you can see it's eating a kangaroo.

With only the hooves and tail left to be eaten, the python slithers its body over the carcass to finish the dish.

Helen reckoned she had never seen a snake that big in her life. "We're used to seeing snakes around here but this was easily the biggest one, its mouth was humongous," she said.