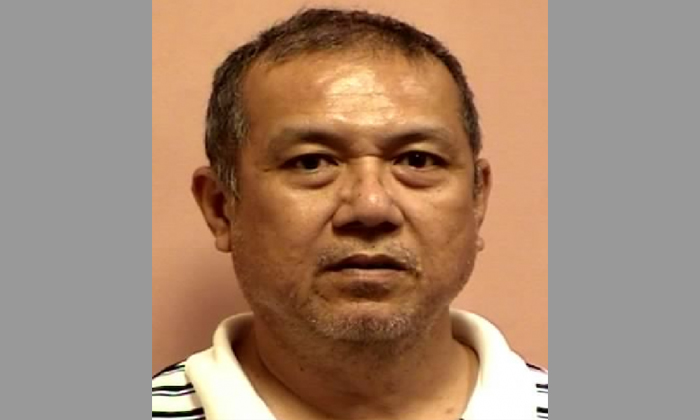 A 59-year-old bus driver who was executing a left turn on a road last year kept his sight only towards his right and drove straight into a cyclist who was crossing the road in front of him, a court heard.

Pow Teck Keng failed to look towards his left and front, and did not see Mr Artie Tan, 87, who was crossing the junction of Marine Crescent and Marine Parade Road, from the left front side of bus service number 196 on Sept 27 last year.

The cyclist was pinned under the bus and had to be extricated by firemen.

He died in hospital later that day.

On Wednesday, Pow, a driver of 35 years, was jailed for 15 days and disqualified from driving all classes of vehicles for five years.

He pleaded guilty to causing Mr Tan's death by a negligent act not amounting to culpable homicide.

A district court heard that Pow started his shift for the 196 bus service route at about 7.10am that day at Bedok Bus Interchange.

He drove to Clementi Bus Interchange before heading back to Bedok.

Shortly after, at about 11.35am, Pow approached the non-signalised junction of Marine Crescent and Marine Parade Road.

He stopped his bus on the left-most lane of Marine Crescent, a two lane road.

The bus was the first vehicle in the lane.

At about the same time, Mr Tan was cycling on the pavement along Marine Parade Road.

Pow's bus was still stationary when Mr Tan cycled, at a slow pace, from the pavement and straight ahead to cross the road in front of the bus, from Pow's left to right.

Pow turned left into Marine Parade Road and crashed his bus into Mr Tan, pinning him under the front part of the vehicle.

Closed-circuit television footage from inside the bus showed Pow had turned his head to the right as the bus was coming to a stop.

He kept his head to the right for about 14 seconds, until the bus had moved off again.

"If Pow had looked in front or to the left before moving the bus, he would have seen Mr Tan," said Deputy Public Prosecutor (DPP) Daphne Lim.

"Pow has also been driving the said route for about 10 years and was familiar with the roads on the route.

"Investigations revealed that the incident location is also not a 'no pedestrian crossing' zone, and the presence of pedestrians and cyclists using the footpath was expected at the said junction," added the DPP.

There were 25 passengers in the bus at the time of the accident and the weather was clear.

Mr Tan was taken to hospital with multiple fractures in the skull, trunk and pelvis.

He died just after 6pm.

Pow lost his job with SBS Transit and is now working as a night watchman, earning an hourly rated salary.

The maximum punishment for causing the death of a person by doing a negligent act not amounting to culpable homicide is up to two years' jail and a fine.