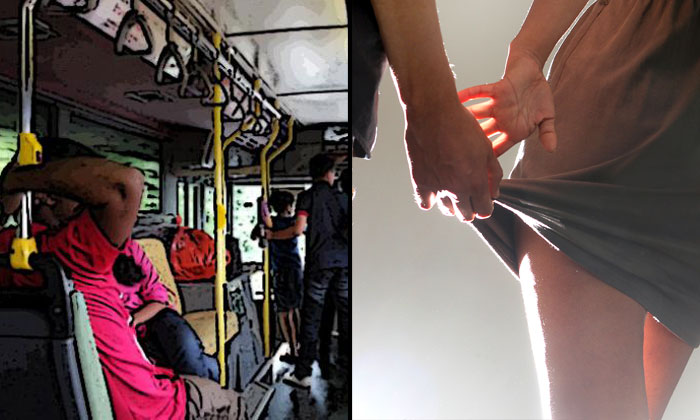 A 77-year-old security guard who repeatedly molested a 14-year-old girl on a bus was jailed for five weeks on Friday (Aug 26).

Samlawi Haji Sirat pleaded guilty to touching the girl's upper thigh on a bus along Tampines Avenue 7 on Feb 6 in 2015.

The court heard that after the Secondary 3 student had boarded SBSTransit bus service number 21 along Balestier Road at about 1.30pm that day.

She sat next to the window in the third row from the rear exit.

About 10 minutes later, Samlawi boarded the same bus along Sims Avenue and sat beside the girl. This was even though there were several empty rows of seats behind and in front of the victim's row.

He started talking to her, asking her where she lived and for her mobile number. He also asked her about her school and her schooling hours.

As the bus was travelling along Tampines Avenue 7, he began touching her thigh repeatedly. He continued to do so until she got up to alight about three bus stops later.

She did not stop him nor get up to change seats as she was scared.

His lawyer G. Dinagaran said his client, who divorced last year after 32 years of marriage, had done volunteer work both in the army and the police force.

He said the father of six and grandfather had cooperated with investigations, was remorseful and regretted his actions.

He could have been jailed for up to two years and/or fined for outrage of modesty.