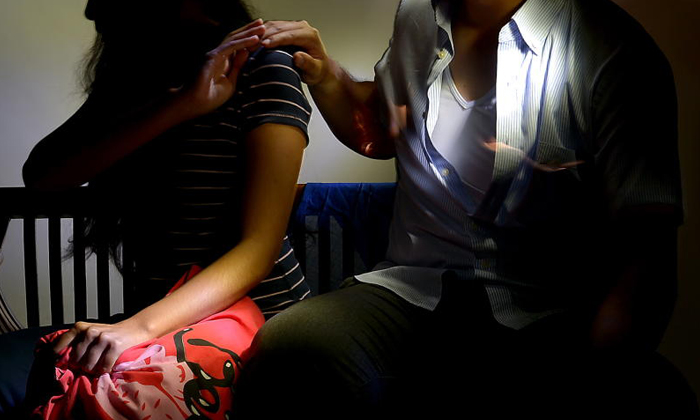 A couple who ran Hindi entertainment clubs were found guilty on Friday (Nov 15) of exploiting their three workers, even coaxing one of them into prostituting herself.

In the first conviction of a labour-trafficking case in Singapore, Indian nationals Priyanka Bhattacharya Rajesh, 31, and Malkar Savlaram Anant, 51, were found guilty on three counts of abusing their power to exploit their employees by various means, including verbal abuse, onerous financial penalties and controlling their movements.

They were also found guilty of three prostitution-related offences.

During the trial, the prosecution, led by Deputy Public Prosecutors James Chew and Rimplejit Kaur, submitted that Malkar was the sole managing operator of one club and was responsible for recruiting performing artistes at another club.

He recruited three Bangladeshi women as dancers for the clubs, and they lived with him and his wife, Priyanka, in a private apartment, said prosecutors.

The husband and wife jointly managed the day-to-day operations of the two clubs and their employees.

However, Malkar and Priyanka did not allow the three women to leave the apartment on their own. The couple confiscated the women's  passports, work permits and mobile phones.

The three women also had to work every day and the couple did not pay at least two of them their promised monthly salary of 60,000 Bangladeshi taka ($965) each. They were not allowed to keep the tips they had earned and were given "revenue targets" to meet, failing which they were penalised with their salaries docked or "blacklisted", said the prosecution.

The woman told the court during the trial that she wanted to return to Bangladesh upon learning this, but Priyanka told her she had to pay 400,000 Bangladeshi taka first.

Priyanka approached her with this proposal a number of times, and told her that she could remit half the earnings back home.

But each time she returned to their apartment after having sex with the customers, Priyanka would search her body and take away the money and items she had received, said prosecutors.

The woman ran away from the club in May 2016, after working for about five months. The other two employees stopped working at the other club on June 1, 2016, after less than two months on the job.

In passing the verdict on Friday, District Judge Shaiffudin Saruwan said the couple were not credible witnesses during the trial, unlike the victims who testified.

The three were poor migrant workers who came to earn money, but had to live in fear instead, the judge added.

Malkar and Priyanka's relationship with the three, were "far removed from the ordinary employee-employer relationship", he said, adding that the victims were entirely at their mercy.

The Ministry of Manpower said this was the first labour trafficking case that resulted in a sentence in Singapore since 2015, when the Prevention of Human Trafficking Act came into force. There are currently three labour-trafficking cases before the courts.

The sentencing for Priyanka and Malkar's case has been adjourned to next month.

Related Stories
Couple allegedly lived off prostitution earnings of dancer who was 'coaxed' to provide sexual services
'Monster' forced wife into prostitution, made daughter perform oral sex on him and groped niece
Malaysian man robbed prostitute at knifepoint after having sex with her at Geylang hotel
More About:
court
sex
workers
club
prostitute