'Monster' forced wife into prostitution, made daughter perform oral sex on him and groped niece 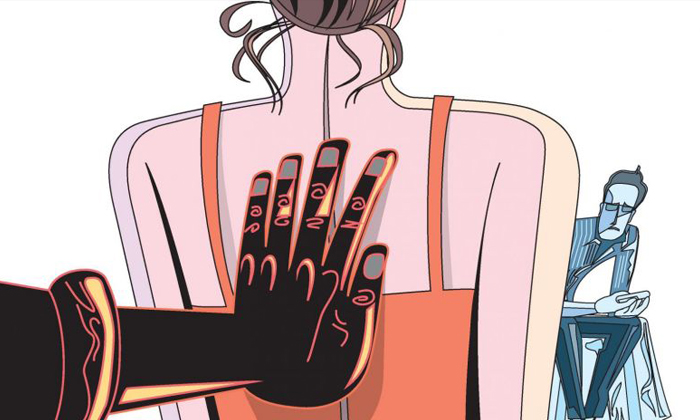 A 27-year-old jobless man who forced his wife to prostitute herself to pay for their baby son's diapers and milk powder was sentenced to 25½ years' jail and 24 strokes of the cane on Tuesday (Feb 19).

He also admitted to forcing his six-year-old daughter to perform oral sex on him, as well as undressing, kissing and fondling his 13-year-old niece.

"You are a monster," said High Court judge Chan Seng Onn in sentencing the man.

"The sordid sexual depravity of his transgressions is unprecedented and involves him sexually exploiting the three most vulnerable women in his life - whom he had every responsibility to protect," said the judge, citing the prosecution's submissions.

The case was described by prosecutors as the "first case of its kind" and the most aggravated case of human trafficking in Singapore.

The man regularly inflicted violence on his 28-year-old wife and emotionally harangued her to ensure that she fulfilled a daily quota.

Over a three-month period, between June and August 2016, she provided sexual services to about 138 men, handing all her earnings of close to $11,000 to her husband.

Justice Chan imposed a $12,000 fine to disgorge the accused of the profits made.

The offences came to light after the man's mother reported him to the police in August 2016 for sexually assaulting his daughter.

The court heard that the man, who cannot be named to protect the identities of the three victims, had a long history of physically abusing his wife, even before they got married in 2012.

He began beating her in 2009, a year after they started a relationship. The violence increased in severity and frequency and persisted while she was pregnant. From June 2015, he assaulted her at least once a week.

The woman did not dare to use her mobile phone or contact her family members. She also did not report him to the police as he had threatened to kill her if she disclosed the abuse.

Between 2010 and 2015, the family relied on the wife's salary as a receptionist and office assistant. She would hand over her $1,800 salary to the man, who gave her a transport allowance.

The couple faced financial problems when she stopped working.

In June 2016, he rejected her request that he get a job and instead, demanded that she support the family by prostituting herself. He badgered her until she eventually succumbed.

The man, who frequently used online platforms to engage prostitutes, taught his wife how to solicit customers on such a website.

He taught her to use online monikers like "Single Mum" to advertise her services, and to respond to interested customers with details such as her bust size.

She also had to meet a daily quota; if she failed to do so, she had to make up for it the next day by getting more customers.

He made her secretly record her acts with customers as he had a sexual fetish for seeing her having sex with other men.

On one occasion, he insisted that she provide sexual services to a customer who turned out to be her classmate.

Between July 20 and Aug 14, 2016, the couple and their two children stayed at a Balestier hotel; the man had moved his family out of his mother's flat after an argument.

Once, after having sex with his wife, he forced his daughter to perform oral sex on him, even though he suspected at the time that he had contracted a sexually transmitted disease.

He stopped only after his wife saw what he was doing. He threatened to beat them up if they told anyone what had happened.

On the evening of July 31, the man became angry with his wife for failing to service more customers because she fell asleep due to fatigue. He assaulted her and insisted that she bring her niece to him.

The wife initially refused as she knew her niece was having her Primary School Leaving Examination and she suspected that he would harm the girl. But she eventually complied after he threatened to hit her again.

The wife waited outside her niece's school at 6.30am on Aug 1 and led her away despite the girl telling her that she had an oral examination that day.

The woman took her niece to a Balestier hotel, and left the room after telling the girl to take a shower.

She handed the room key to her husband, who undressed himself and hugged the girl when she came out of the shower. He pinned her to the bed, removed her T-shirt and bra, and groped and kissed her.

He also placed a pillow over her face to muffle her screams but panicked when she stopped struggling. He stopped the assault and notified his wife.

The woman took her niece to a nearby polyclinic to obtain a medical certificate to excuse her from school that day.

Despite the ordeal, the girl went back to school as the principal had arranged for her to take her exam in the light of her absence. However, she did not tell her principal what had happened.

On Aug 14, the family moved back to live with the man's mother.

She called the police on Aug 20, after her granddaughter revealed that the man had done "something bad" to her.

A psychiatric assessment stated that the man has antisocial personality traits and poses a risk to his daughter. The report noted that he was "somewhat boastful of his sexual exploits".