Could this be Tony Stark's new delivery service in Singapore? 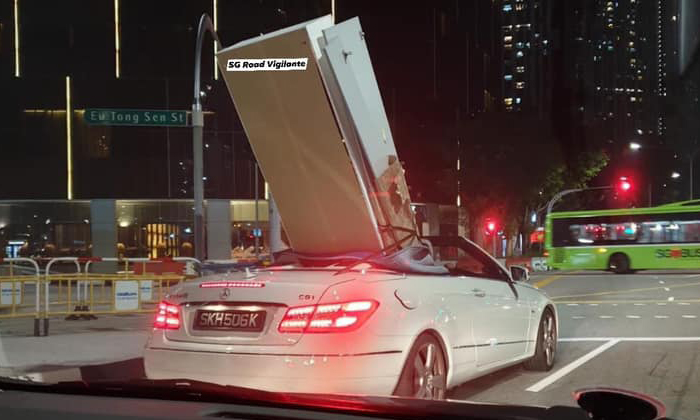 Does this remind you of a familiar scene from Iron Man 2?

A recent photo that was published yesterday (July 2) on a Facebook page, SG Road Vigilante, shows a Mercedes convertible with a large, bulky item sticking out of it.

The Mercedes with an unknown large object had its roof down when it was spotted along Eu Tong Sen Street.

It is unclear when this photo was taken, but comments responding to the post have been rather interesting.

Many noticed the similarity between this scene of the Mercedes and a scene in Iron Man 2.

A few users left remarks such as:

Many others joked that it could be due to killer litter.

While several highlighted how dangerous this could be:

The comments section mostly consisted of jokes like this.

Related Stories
What's that? Unidentified creature spotted swimming in Serangoon River
Stomper wakes up to see watermelon 'frothing': This might be why
Chinese man loved his Hyundai so much he chose to be buried in it
More About:
mercedes
weird
interesting