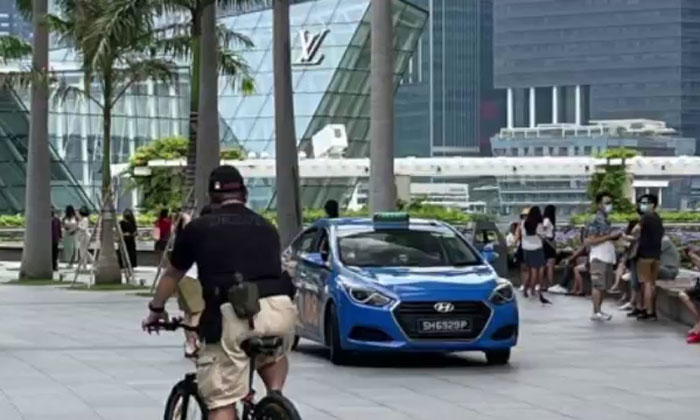 ComfortDelGro has given one of its taxi drivers a warning after he was caught driving his taxi on the pedestrian walkway outside Marina Bay Sands on Oct 3.

A video of the incident was shared on social media and showed the taxi moving alongside pedestrians.

"The cabby, who is very new to taxi-driving, had accidentally driven onto the MBS pedestrian walkway as he was unfamiliar with the area after dropping a passenger off," she said.

"Realising he was unable to reverse out, he drove slowly looking for the exit to the road and finally sought help from a security guard who guided him back to the road.

"We are relieved that no one was injured in this incident and have given the cabby a warning."