Car catches fire on TPE: Passers-by could feel the heat from inside their vehicle 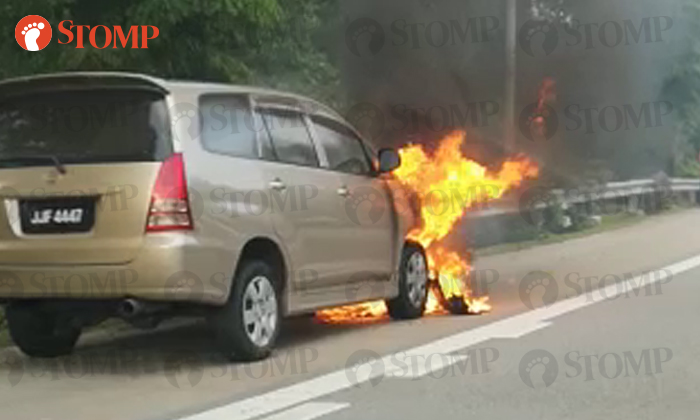 A car caught fire along the Tampines Expressway, after Pasir Ris Drive 8, on Wednesday (July 24).

The Singapore Civil Defence Force (SCDF) told Stomp that it responded to the vehicle fire, which occurred in the direction of Changi Airport, at 6.25pm.

The fire was extinguished by the SCDF using water jets and compressed air foam backpacks.

Stomper Kelvin shared a video that his friend had captured of the blaze.

Kelvin said: "I checked with my friend and he said he could feel the heat from inside his own vehicle."

Stomper Roger, who identified the burning car as a Toyota Wish, also submitted a video that shows fire engines at the scene.