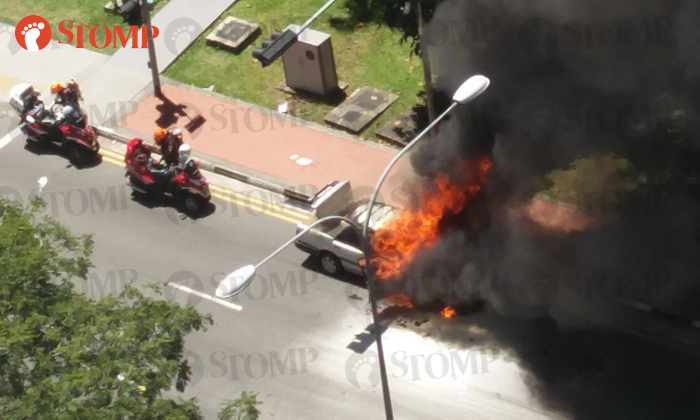 A car caught fire along Balestier Road on Thursday afternoon (May 24).

He said: "Firemen did their best to subdue the fire, but it took serious effort and additional support was called upon.

"The location is exactly opposite Balestier Towers on Balestier Road.

"Traffic was halted and diverted for the time-being."

Videos submitted by Stomper Arshad also show a police car at the scene.

In response to a Stomp query, the SCDF said it was alerted to the fire at around 12.20pm.

The fire, which involved the engine compartment of a car, was extinguished by SCDF using one hose reel jet and a compressed air foam backpack.