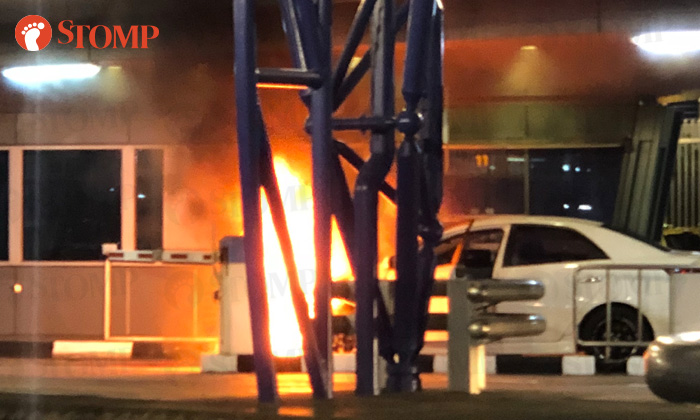 A car caught on fire at Woodlands Checkpoint at around 11.30pm on Thursday (Jun 21).

Stomper Anthony and his cousin were entering Johor Bahru when they suddenly heard a lot of honking. It was then that they realised that a car was on fire.

Anthony said: "I was waiting for my passport at the counter when all of a sudden, I heard a lot of motorbikes honking and I discovered that a car had burst into flames.

"But the fire was put out swiftly by an officer there."

In response to a Stomp query, the Singapore Civil Defence Force (SCDF) said that it was alerted to a vehicle fire at around 11.30pm.

"The fire was extinguished by an Immigration and Checkpoints Authority (ICA) officer prior to SCDF's arrival.