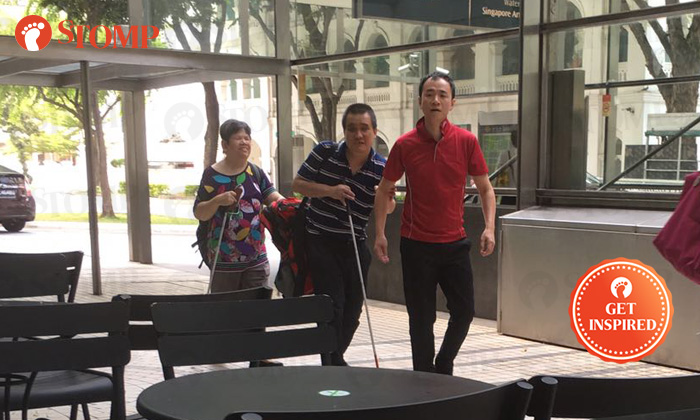 A taxi driver risked the possibility of getting a summons in order to help two visually-impaired people to get to their destination at about 12.30pm on Sunday (Jul 29).

Stomper C, who was sitting at a coffeehouse near Manulife Centre at Bras Basah, took photos of the driver's kind act.

C said: "I saw the three of them coming out from a taxi.

"This helpful driver helped them to Starbucks, which was maybe about 200m from the taxi stand.

"The driver rushed off soon after the couple thanked him because I think his car was parked illegally, he might get summoned."

C said that he felt "very good", upon witnessing this scene that unfolded in front of him.

"It is good to know that there are helpful people around, as some drivers will not help to this extent."