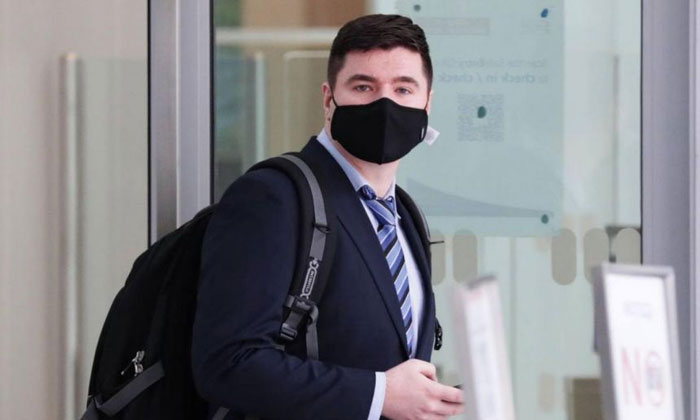 Cheryl Teh
The Straits Times
February 1, 2021

A 29-year-old British reading specialist has pleaded guilty on Monday (Feb 1) to molesting a nearly four-year-old female student at a learning centre in the west of Singapore.

The court heard that the man, Richard Christopher Monks, molested the girl in October 2018, when she was enrolled at the centre as his student.

At the time of the offence, Monks was 27, and the student was three years and 11 months old.

The offence came to light on Oct 27, 2018, when the victim's parents were planning to bring her to the centre for her regular lessons with Monks, which took place on Saturdays from 4.30pm to 6pm.

The girl was reluctant to go for the lessons and, when asked why, she indicated that the man, who she called "teacher Richard", had "touched her" during the previous lesson on Oct 20, 2018.

When asked where he had touched her, the girl pointed to her buttocks.

The girl's mother lodged a police report at 7pm on the same day and stopped sending her daughter for classes at the education centre.

Closed-circuit footage taken from the classroom was played in court, and showed the Briton rearranging the student's chairs on one side of the classroom table for a video-watching session at around 5.18pm on Oct 20.

There were a total of six students in the class at the time participating in the activity, including the victim, who was the youngest student in class. The other students were between four and five years old.

The court heard that Monks was aware that there was a closed-circuit camera installed in one corner of the classroom, and that it was recording footage from a certain angle.

He placed himself behind the students resulting in him being directly opposite the CCTV camera, allowing the students upper bodies to block the camera's view of his hands, said Deputy Public Prosecutors Nicholas Khoo and Tan Hsiao Tien.

"The lower half of the students' bodies would also not be captured from such an angle," said DPP Tan.

Monks was also seen positioning himself behind the victim as he played a video on his iPhone for the children to watch, as they stood and leaned over the table to see the phone screen.

For a 15 minute period from 5.18pm to 5.33pm, the footage showed Monks repeatedly lifting the victim's pink dress, and caressing her buttocks with his left hand.

The footage showed the victim turning repeatedly to look at Monks during the duration of the molestation.

"The victim was uncomfortable with the accused's touch, and expressed her discomfort by fidgeting and turning back to look at him several times during the said duration. Despite (her) discomfort, the accused continued to touch and caress her buttocks," DPP Tan said.

Monks was also seen using his right hand to hold his Sony handphone camera close to the victim's buttocks, pointing it up her skirt.

The DPPs indicated that while the CCTV footage does capture the accused repeatedly pointing the Sony handphone camera at the three-year-old's buttocks, investigations could not determine how many photos or videos were taken by the accused, due to his claim that he lost the phone in Thailand.

It is unclear if the photos or videos are still in existence or have been destroyed.

At the time of his arrest, Monks denied committing the offence in all three statements to the police, but has since pleaded guilty to one charge of outraging the victim's modesty.

The Briton is due back in court on Wednesday for mitigation and sentencing.