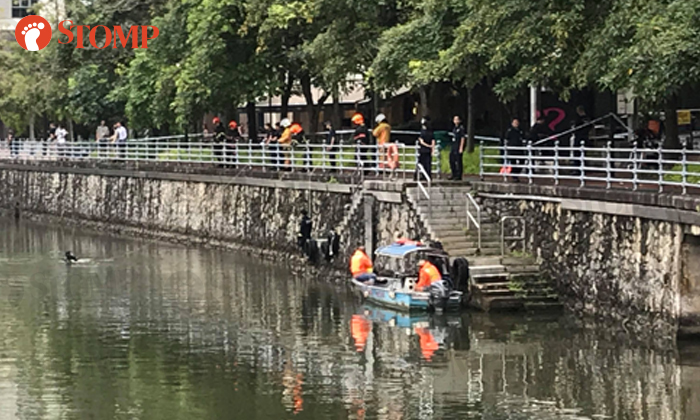 A male body was found submerged in the waters of the Singapore River on Tuesday (July 10).

The Singapore Civil Defence Force (SCDF) told Stomp that it was alerted to reports at around 6.50am, informing them that a person had entered the river near 80 Muhammad Sultan Road.

A surface search in the area, as well as an underwater search operation, was conducted by officers.

The body of a man was found submerged in the waters at about 12.20pm.

Disaster Assistance and Rescue Team (DART) divers retrieved the man's body and he was pronounced dead at the scene by SCDF paramedics.

Stomp understands that the deceased was aged 54.

Stomper Anonymous, who came across the scene at around 8.15am, alerted Stomp to the incident.

She told Stomp: "The area had been cordoned off. There were ambulances and police vehicles at the scene.

"I heard one of the divers speaking to a passer-by.

"The passer-by asked what they were looking for and the diver said they were searching for somebody."

Anonymous said that at around 1pm, she saw a death tent that had been set up at the scene. 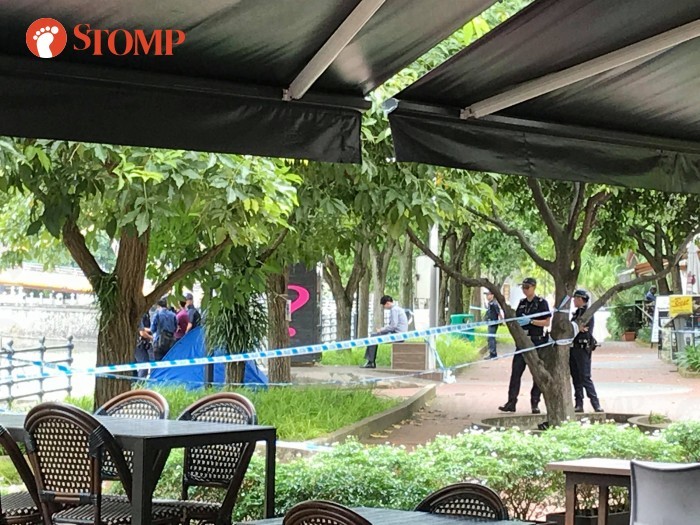 In response to a Stomp query, the police said they were alerted to a case of unnatural death at 6.46am.