"Black thing" in man's soup turns out to be cockroach: "I thought it was herbs at first" 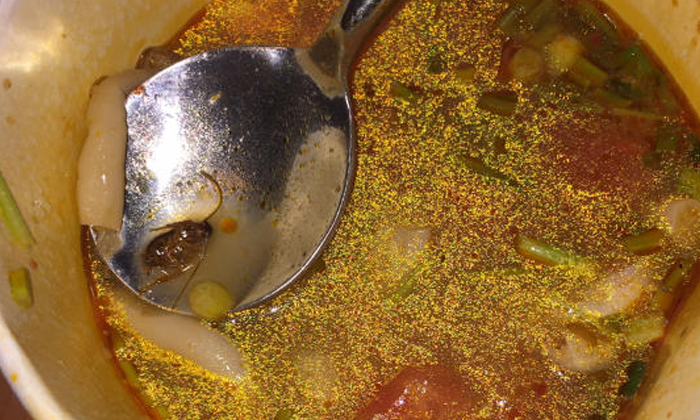 A group of friends' festive celebrations were ruined this year when their Christmas surprise came in the form of a cockroach in tom yam soup.

Mr John Singh, 31, an operations manager, was having drinks with his friends at a bar in Holland Village on Tuesday night when he decided to get some soup.

He crossed the road to #wtf, a restaurant by the IndoChine group, to order a bowl of tom yam soup for takeaway.

The staff delivered the soup to him at the bar shortly after.

When he was halfway through the dish, Mr Singh noticed a "black thing" inside.

"I thought it was herbs at first," he said.

"But then when I looked closer I realised it was a baby cockroach."

He added that the cockroach looked "cooked", and that he immediately went to wash his mouth.

"It was soup infused with cockroach... the more I think about it, the more disgusted I am," he said.

Mr Akesh Abhilash, 30, a lawyer and Mr Singh's friend, said the group noticed Mr Singh had suddenly become upset, and when they asked him what was wrong, he showed them the cockroach.

"We were very upset about it, and I went back with him to the IndoChine restaurant and called for the manager, who then gave us a refund," he said.

Mr Akesh added that he has since lodged a report with the health authorities.

When contacted yesterday, Mr Jeremy Lim, the general manager of IndoChine Group, told The New Paper that the restaurant manager disposed of the soup immediately.

"We have since checked with our chef and he has mentioned that there is no way the cockroach would get into the soup as we set quite a high level of food hygiene standard at all our outlets," he said.

"The food was taken away to be consumed at another outlet, we cannot assume the cockroach came from our kitchen, but rest assured we always take these matters very seriously."

Mr Singh said he is traumatised by the incident and that he and his friends will not be patronising IndoChine restaurants again.

"It was a very bad surprise that has really ruined Christmas for me," said Mr Singh.

"I just hope that something gets done so no one else has to experience the same thing.

"I won't be eating tom yam again for some time."