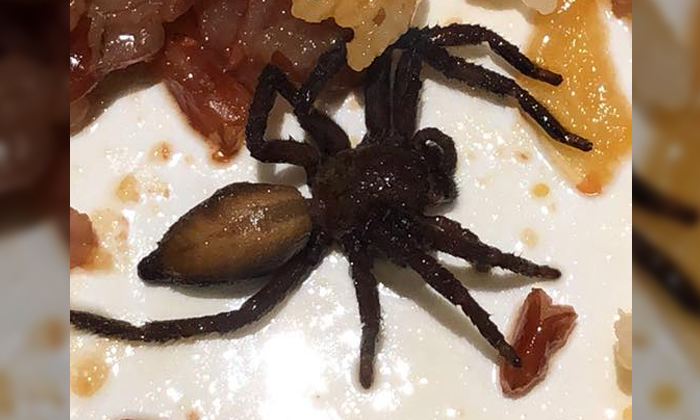 No hygiene lapses were found in Aloha Poke's Katong kitchen where the customer's order was prepared, following inspections by authorities.

A woman and her friend found a dead spider in their salad bowl from raw fish salad bar Aloha Poke last Thursday evening (May 10).

Facebook user Ms Siew Ping shared how she had ordered a Nalu salmon poke bowl from the eatery via food delivery service Deliveroo at around 9.30pm that day.

She and her friend were horrified when they discovered a "dead spider, limp and soaked with sauce, at the base" of the salad bowl, adding that the critter "wasn’t small".

According to the customer, she informed Aloha Poke of the incident and said: "The owner apologised and explained that their salad supplier 'have received feedback with regards to the same issue.'"

According to The Straits Times, Aloha Poke co-founder Mr John Chen said the company was alerted to the situation on Friday morning (May 11) and had reached out to Ms Siew Ping's husband, Wilson, to "take full responsibility and apologise unreservedly".

He also said on Monday (May 14) that the Katong kitchen where the Deliveroo order was prepared will also be closed for two days for thorough investigation and cleaning.

He added: "We are as horrified that such a large spider was found at the bottom of a customer's bowl. We give our assurance that we will do our best to prevent such incidents from reoccurring."

Ms Siew Ping later wrote a "closing update" to what she called her "Amazing Spiderman incident" in her Facebook post.

She said that she and her friend were "doing fine", adding: "I received a full refund for the meal and a $20 [Deliveroo] credit from Aloha Poke which I do not plan to use."

Ms Siew Ping, who has reported the incident to the National Environment Agency (NEA), also wrote: "This is most likely an isolated incident. We are humans who make unintentional mistakes.

"But since Not-So-Small Spidey found a hole in the system and made his/her way into my food, I think it warrants some attention.

"As I am no F&B supply chain expert, I gotta leave it to the health authorities (NEA) to look into it as they see fit."