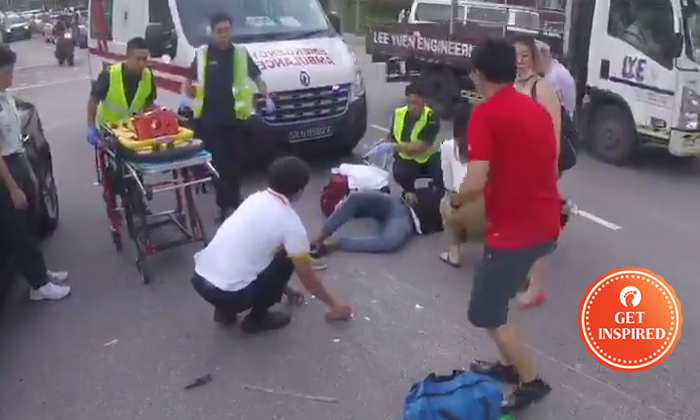 A motorcyclist was left lying injured on the road after a traffic accident, but was given assistance by many kind souls prior to the arrival of authorities.

Facebook user Minghui Ming, a passing biker and one of those who had stopped to help, posted a video of the incident online and shared it with the SG Road Vigilante group.

It is unclear when and where exactly the accident occurred, however.

The video was captioned, "Bikers on the road, will always look out for fellow fallen bikers. Get well soon."

It shows Ming helping in many ways, such as directing oncoming traffic away from the accident site, as well as picking up the victim's helmet and placing it on the owner's bike.

Other onlookers can also be seen attending to the injured motorcyclist until paramedics and Singapore Civil Defence Force (SCDF) personnel arrived at the scene.

Some even helped to pick up the debris strewn around the road and keep an eye on his belongings such as a watch.