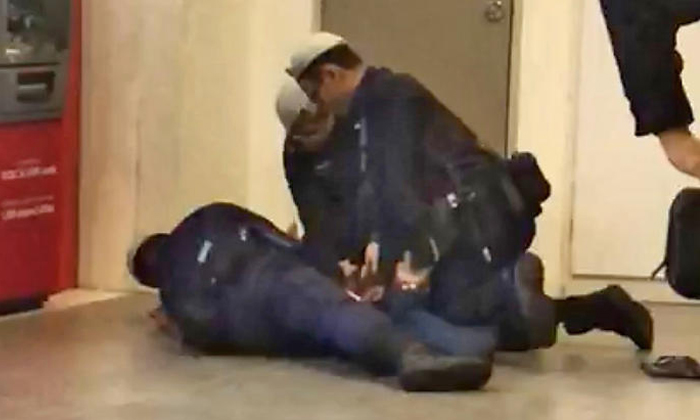 A youth fled while being questioned by the police at Ang Mo Kio Bus Interchange on Saturday evening (Nov 3).

Stomp understands that police had been patrolling the area at around 7pm when they noticed the youth, who is believed to be 20 years old, behaving suspiciously.

Officers requested that the youth produce his identification card (IC). However, he claimed that he did not have it with him and provided his NRIC number instead.

When officers screened him, the youth was revealed to be a full-time national serviceman (NSF) who should have been in camp.

He ran towards AMK Hub while being interrogated.

Police gave chase and eventually subdued him after he reportedly fell down on an escalator.

A passer-by witnessed the incident and filmed a video, which he then sent to Shin Min Daily News.

In the video, the youth can be seen being pinned down by three officers with his hands restrained behind and repeatedly shouting "please!" in English.

The commotion drew a crowd of onlookers.