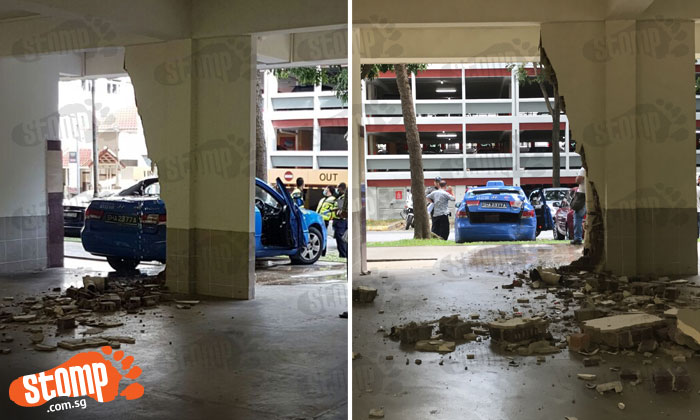 Stompers Lance and Kirby were in the area when they saw the aftermath of what had happened.

The crash happened close to 5pm, when many families celebrating Chinese New Year were preparing for their reunion dinners, said Lance.

The Stompers sent in photos from the scene showing pieces of concrete scattered on the ground from the impact when the taxi driver had hit one of the pillars.

There was also a broken water pipe.

It is unclear whether anyone was injured in the incident

This comes less than two weeks after a taxi driver crashed into a void deck at Jurong West after slamming on the accelerator while reversing.

Another cabby caused a commotion when it rammed into a Thai restaurant at Block 107, Lorong 1 Toa Payoh in November.