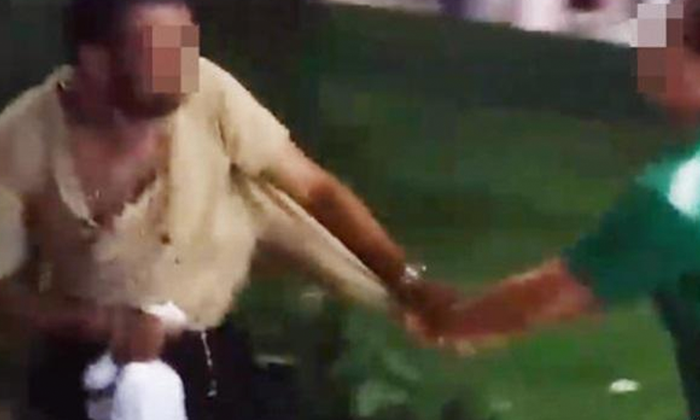 A masseuse ripped off a man’s shirt during a tussle after he allegedly attempted to leave without paying.

The incident happened in a massage parlour at Block 532 Ang Mo Kio Avenue 10 on Sunday (Nov 19), at around 8pm.

The owner of the parlour, Ms Ye Yaya, 47, told Lianhe Wanbao that the parlour had been in operation for over nine years, and most of its customers were recurring patrons.

The man in question was an unfamiliar face.

“During the time of the incident, there were three of us present -- a masseuse, a beautician, and myself.

“The man came in and asked us how much it cost for a one-hour massage session.

Ms Ailin, the beautician, recalled that near the end of the hour-long session, the man suddenly told her colleague, the masseuse, that he needed to use the washroom.

“The toilet was located at the back of the shop, but he ran to the front instead and said that he wanted to use a toilet outside.

“Both my colleague and I felt that something was amiss, and wanted him to pay first before leaving.

“He told us that he was going to draw money, but refused to leave his identification card (IC) behind.”

Ms Ailin said that the man dashed out of the shop, and her colleague ran up to him to prevent him from leaving.

“We were all taken aback by his actions.

“After my colleague held onto him, he suddenly told us that he wanted to pay and asked her to loosen her grip.

“However, as soon as she let go, he immediately ran off.

“We had no choice but to chase him.”

Ms Ailin also claimed that the man had asked about the number of employees in the shop and whether there was a receptionist before putting his plan into motion.

During the ensuing tussle, the masseuse ripped the man’s shirt off, and he ran away half-naked.

Reporters found the discarded shirt and a beaded necklace, believed to be the man’s, on a grass patch near the shop.

Ms Yaya added that to prevent such incidents from happening again, customers would be required to make payment first.