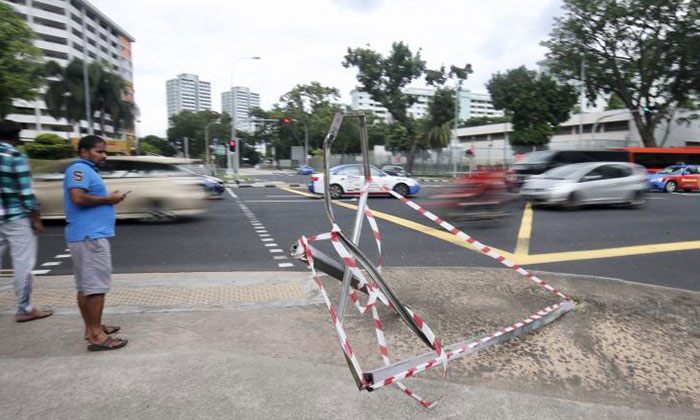 The incident happened at the junction between Ang Mo Kio Avenue 3 and 10, at around 2.45am, reports Lianhe Wanbao.

The victims include two Korean passengers in the private-hire car, and seven people from the SUV.

During the time of the accident, the private-hire car was driven by a 45-year-old male driver, with two Korean passengers in their 20s on board.

The SUV was driven by a 52-year-old male driver with six other passengers on board, ranging between 14 and 80 years old.

It is understood that the private-hire driver was heading towards Hougang Avenue 2 during the time of the accident.

As the driver was making a right turn at the junction, it collided with the oncoming SUV.

The impact of the collision caused the private-hire car to charge across three lanes, ploughed through a road sign, and moved up a slope in front of Block 452, Ang Mo Kio Avenue 10.

It finally stopped after crashing into some railings along a flight of stairs.

In response to media queries, the Singapore Police Force (SPF) and Singapore Civil Defence Force (SCDF) have confirmed the incident.

An 80-year-old woman sustained injuries on her right arm and has been warded.

The rest of the injured victims were conveyed to hospital but were discharged after.

The private-hire driver was uninjured.