60-year-old man slashes sleeping maid with parang in Toa Payoh home over grudge: 'I see the devil in you' 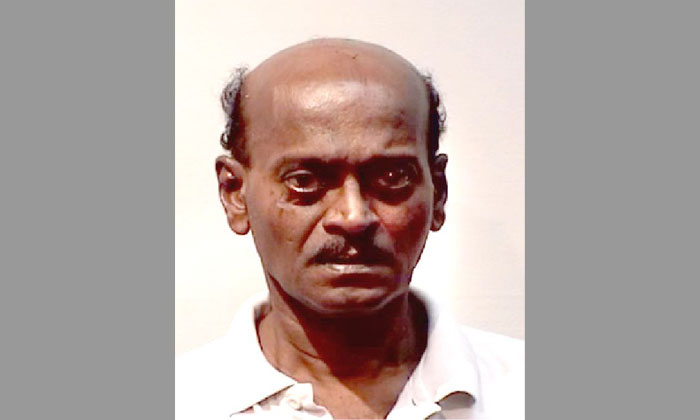 He harboured a grudge against the family maid over an incident involving his grandniece.

On Dec 26 last year, at about 6am, Alagerisamy Mohanadhas returned home drunk after consuming six bottles of beer.

When he saw the maid asleep in the living room, his dislike of her consumed him with rage.

He grabbed a parang from his room, pinned Ms Phyu Sin Wai Aung, a 28-year-old Myanmar national, on the sofa and slashed her arm and face.

Still asleep, Ms Phyu was not aware of the attack and thought she was dreaming about someone hitting her.

The attack stopped only when Alagerisamy's niece, 31, woke up and hit him with some photo frames.

Court papers said she had been working for Alagerisamy's family for five years and lived in their HDB flat in Toa Payoh Lorong 7.

Although she was on good terms with the rest of the family, Alagerisamy did not like her.

After his arrest, he told the police that Ms Phyu had treated his grandniece in a rough manner and caused her to suffer an injury. But the other family members who were present during the incident said Ms Phyu was not responsible for the injury.

Court papers said that while Alagerisamy slashed at the sleeping Ms Phyu, he shouted: "I see the devil in you."

He later said that his reference to the devil was a figure of speech and that he did not believe "the maid was the devil in disguise or had been possessed by one".

His niece, Ms T. Saraswathy, who was asleep in her room, was woken up by the noise in the living room and went out to investigate.

When she saw her uncle slashing Ms Phyu, she felt she had to stop him and she quickly picked up some photo frames and hit him with them.

Alagerisamy stopped his attack and dropped the parang on the floor.

Ms Saraswathy's sister and mother, who had also woken up because of the commotion, came out of their rooms and grabbed the parang.

The family then shouted at the bleeding Ms Phyu to wake up. When she opened her eyes, she realised it was not a dream.

She was terrified and shook in fear when she saw blood on the sofa.

She also had wounds on her cheek and forehead.

She had surgery that day and was discharged four days later.

Her medical report said she still has a decreased sensation on her right hand, particularly her right little finger.

The injuries to her nerves were so serious that she may take years to recover.

Alagerisamy was found to have an alcohol use disorder, and his impulsive behaviour during the attack could have been predisposed by his intoxication.

But he was of sound mind at the time of the offence and was fully aware of his actions and that what he had done was wrong.

Yesterday, Deputy Public Prosecutor Teo Lu Jia urged the court to sentence Alagerisamy to five years in jail for an unprovoked attack on a sleeping, defenceless and completely helpless victim.

Alagerisamy, who was not represented by a lawyer, said in mitigation that he regretted what he had done and was remorseful.

He begged for a lenient sentence, citing his age and his diabetes ailment.

For causing grievous hurt by dangerous weapons or means, Alagerisamy could have been jailed for life, or up to 15 years, and fined. He cannot be caned because he is above 50 years old.

When The New Paper visited Alagerisamy's home yesterday, his younger brother said that Ms Phyu has recovered and returned home to Myanmar.

He said Ms Saraswathy had also left Singapore, but declined to comment on Alagerisamy or the incident.