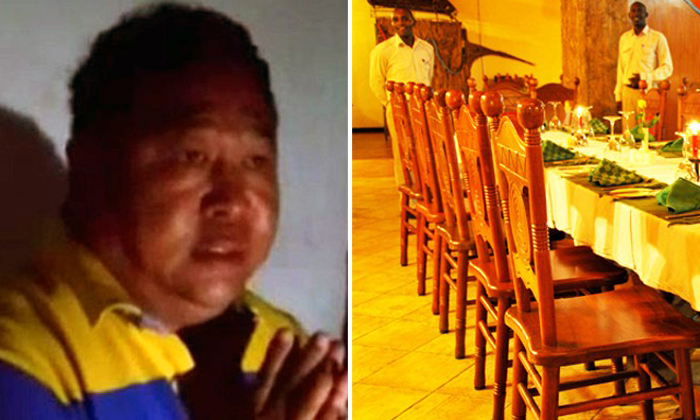 For a Chinese couple who were out on safari at a luxury lodge, the real danger did not come from the wildlife there.

According to Shanghaiist, the couple got into an argument with a Chinese tour guide, Lee Changqin, at Keekorok Lodge in Maasai Mara, Kenya last Monday night (Aug 8).

The dispute was apparently over seating arrangements, in which Lee said that the couple were sitting at his usual place in the lodge.

Police told Geeska Afrika Online, "He told them that he could not use any other table and they had to leave and when they refused, he started attacking them using a knife that he was carrying."

Confirming the incident, the manager of the Keekork Lodge said, "After a brief exchange of words, he drew a knife and stabbed the two, fatally injuring the woman and injuring her husband."

The woman's children watched in horror as she was stabbed twice in her chest and ribs.

There were also about 100 other guests in the lodge's restaurant who fled upon seeing the scene unfold.

The couple, identified as 47-year-old Dong Ya and 45-year-old Luo Jinli, were rushed to the hospital, where the latter succumbed to her injuries and died.

Lee, who has been coordinating visits by Chinese tourists to Mara for over 10 years, is currently detained while police investigations are ongoing.