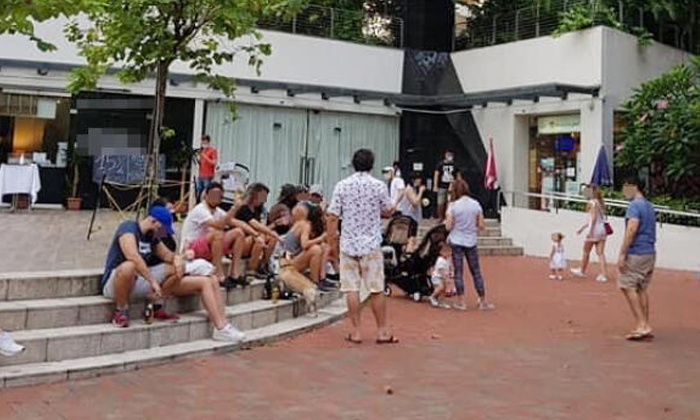 Six men and one woman, aged between 30 and 52, will be charged in court next Tuesday (June 2) for flouting circuit breaker regulations.

They are linked to the incident where groups of people were seen gathering at various places in the Robertson Quay area on May 16, the Urban Redevelopment Authority (URA) said on Saturday.

These seven individuals will be charged under the Covid-19 (Temporary Measures) (Control Order) Regulations 2020.

"We take such breaches very seriously and will not hesitate to take action," Minister for the Environment and Water Resources Masagos Zulkifli said in a Facebook post on Saturday.

Earlier this month, photos of crowds along Robertson Quay had circulated on social media, showing people failing to stay at least 1m from one another in the riverside dining enclave.

On May 17, URA issued a directive to some restaurants at Robertson Quay, barring them from selling alcohol for takeaway with immediate effect, as the takeaway sales had contributed to more individuals gathering in the area.

URA and the police have since been investigating the matter.

As circuit breaker measures lift from June 2, more people will come in contact with one another, said Mr Masagos. "It will be more critical than ever to practise safe distancing," he said.

Singaporeans must remain vigilant to curb the spread of Covid-19 despite the decreasing trend in the number of community transmissions, he added.

"Stay home as far as possible. Wear a mask and keep a distance of at least 1 metre from the next person when you go out," Mr Masagos said.

"We urge both the public and business operators to continue to play their part in adhering to the safe distancing measures that have been put in place," a URA spokesman said.