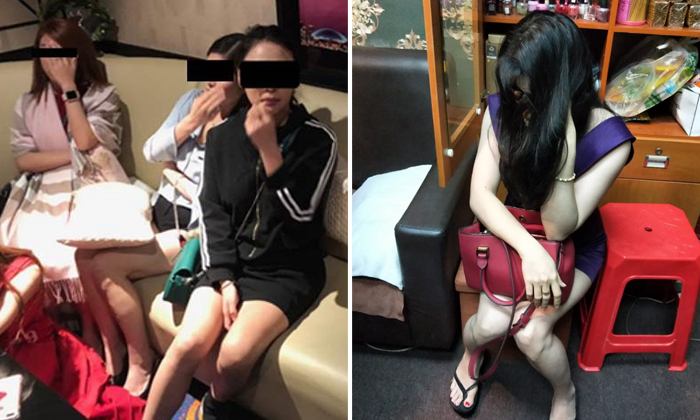 Four women and two men, aged between 21 and 38, were nabbed during a two-day enforcement operation against massage establishments, public entertainment outlets and secondhand dealers on Oct 23 and 24.

During the operation, seven unlicensed massage establishments were detected.

A 35-year-old woman was arrested for offences under the Women’s Charter, said the police in a statement.

In the checks on public entertainment outlets, three outlets were found to have contravened licensing conditions.

Three women and two men, aged between 21 and 38, were arrested for offences under the Employment of Foreign Manpower Act, Immigration Act and Liquor Control Act (Supply and Consumption) Act 2015.

Meanwhile, five secondhand dealers were found to have contravened the Secondhand Goods Dealers Rules, while one was found to be dealing with secondhand goods without a licence.

Actions will be taken against the operators and dealers for flouting the rules and regulations under the Public Entertainment Act, Massage Establishment Act and Secondhand Goods Dealers Act.

The police will continue to take tough enforcement action against criminal activities and those found engaging in such activities will be dealt with in accordance with the law, they added.