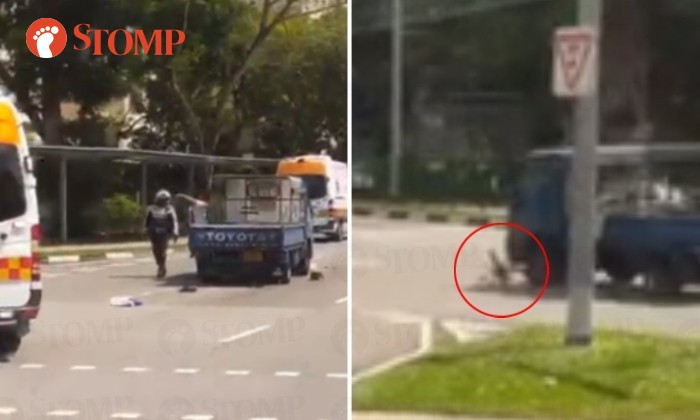 A Stomper was on a bus on Sunday (Dec 20) when heard a siren from an ambulance.

He told Stomp that he looked out of the window and was shocked to see that there had been an accident.

In the video that he sent, two police motorcycles and two ambulances can be seen at the scene.

The PAB also appears to be pinned down at the front left wheel of the lorry.

In response to a Stomp query, the police said they were alerted to the accident at 11.41am.

"The PAB rider, a 57-year-old man, was conscious when conveyed to Khoo Teck Puat Hospital," added the police.