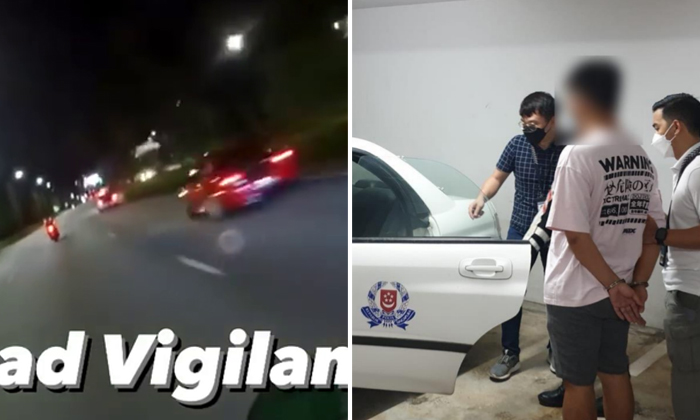 Officers descended on homes around the island to arrest the men, aged 22 to 33.

The sting operation was in response to footage taken by a motorcyclist's onboard camera, which was posted on social media on Feb 27. It shows around nine cars driving at high speeds on the first lane of the CTE.

In the video, the cars are seen tailing alarmingly close to others in the pack as they shoot past other vehicles. It is not clear how fast the errant drivers were going.

The police said in a statement on Wednesday: "Following investigations, TP (Traffic Police) officers established the identities of the persons involved and arrested five men during a dedicated enforcement operation."

The Straits Times followed the police for the sting in several locations, where nine of the cars linked to the incident were seized and taken to the TP Vehicle Pound at Paya Lebar.

The police traced a red Subaru Impreza WRX seen in the video to a carpark at a Sengkang housing block and had the heavily modified car towed away.

The other cars seen at the pound include a black Kia Cerato K3, a white Audi TT, a white Mitsubishi Lancer Evolution 10 and a red Honda Fit - all linked to the incident.

Many of these cars were fitted with after-market rims, custom body kits and gearboxes that are designed to enhance the car's performance.

Among the confiscated cars is a Mazda 3 that appears to have been rented from Grab Rentals. It is understood that the suspected driver is assisting with investigations. 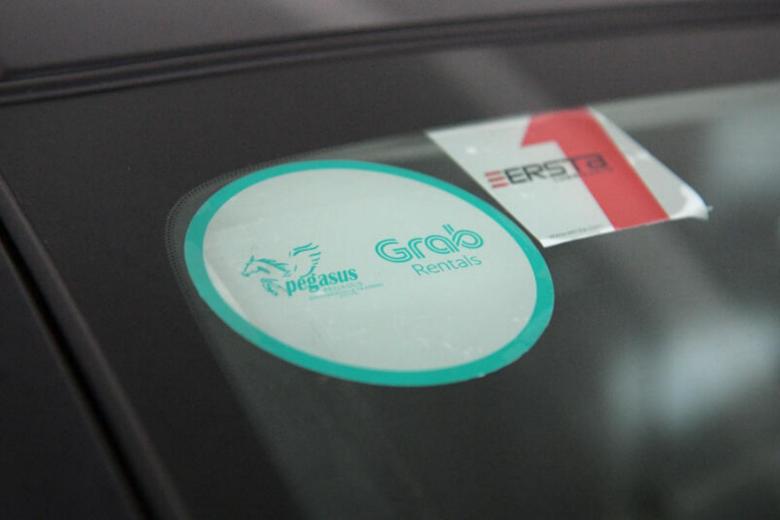 If found guilty, the drivers can be jailed for up to 12 months and fined up to $5,000, said the police, adding that the offenders may also face disqualification from driving.

The penalties are higher if they are repeat offenders and they can face a maximum punishment of two years' jail and $10,000 in fines.

The police raid comes amid concerns about road safety in Singapore as more activities resume with the easing of Covid-19 measures.

Speeding-related accidents are on the rise, with 969 of such accidents last year, compared with 757 in 2020, according to annual TP statistics released in February on the road traffic situation here.

Superintendent Cindy New, who is TP's head of investigation, said on Wednesday: "The Traffic Police takes a serious stance against drivers and motorists who flout traffic laws and endanger the safety of other road users.

"Enforcement operations will be conducted to take errant motorists to task for their irresponsible actions."