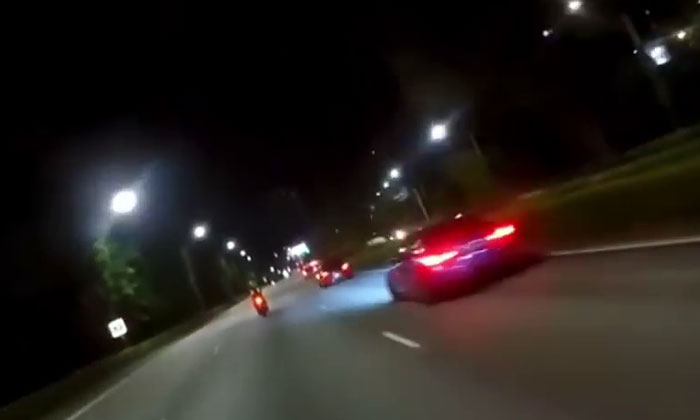 More than 10 cars were caught on video speeding along the Central Expressway (CTE).

Footage of the incident was posted on SG Road Vigilante's YouTube page.

According to the caption, the video was recorded on Sunday (Feb 27) at about 2.15am.

The cars were identified as Honda Civics "driving recklessly and speeding on the expressway endangering motorists".

In the video, the cars in the right-most lane are seen zooming past other vehicles on the expressway.

A contributor appealed for other drivers who witnessed the incident to share footage for the Traffic Police to "investigate as these idiots nearly cause[d] an accident and danger to a few cars due to their selfishness".

The contributor added he has since made a police report and urged others to do so as well.

"This time, [these] few innocent cars might [have] escape[d] [a] serious accident but it might happen to you or any of your close friends and relatives (touch wood) if these idiot[s] [are] not remove[d] from the road."

Related Stories
Hit-and-run driver knocks down motorcyclist, involved in another accident with 2 other cars
Netizen posts video of cars 'racing' along Orchard Road, gets slammed for being 'kaypoh'
Gurmit Singh gets 3-month driving ban, $800 fine for speeding at 131kmh with son in car
More About:
speeding
dangerous driving
CTE
expressway