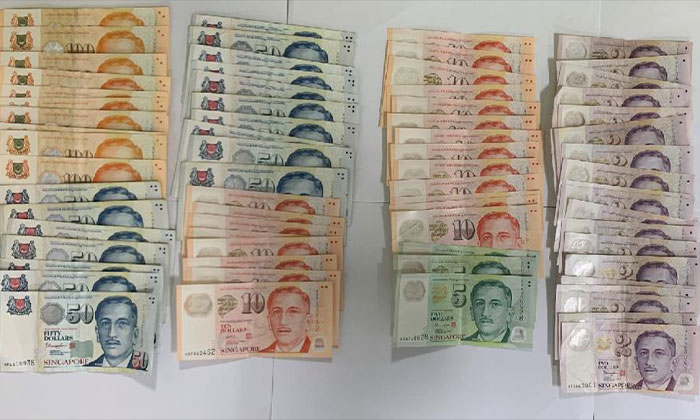 Four men are being investigated for their suspected involvement in illegal betting activities, the police said in a statement on Thursday (Sep 8).

On Wednesday (Sep 7), officers conducted an enforcement operation in the vicinity of Yishun Avenue 5.

Two men, aged 56 and 71, were allegedly found to have acted as gambling service providers to two other men, aged 71 and 83.

About $2,200 in cash and two mobile phones were seized as case exhibits.

Under the Gambling Control Act, anyone who is found to be involved in unlawful betting operations can be fined up to $200,000 and face up to five years' jail.

Under the same act, anyone who gambles with an unlicensed gambling service provider can be fined up to $10,000, face up to six months' jail, or both.

The statement added: "The police take a serious view of all forms of illegal betting activities and will continue to take tough enforcement action against those who are involved in such activities."