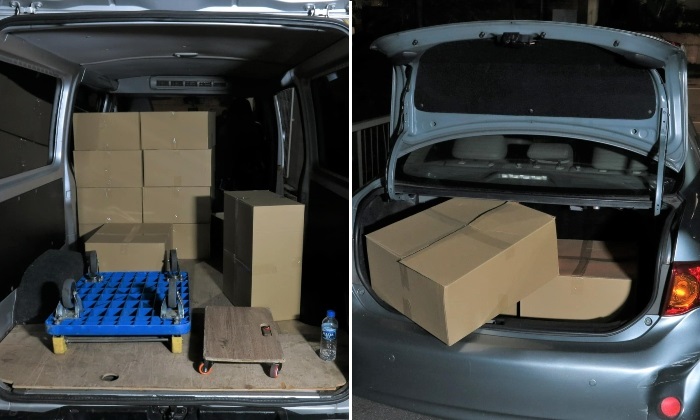 Three men and a woman, aged between 25 and 42, were arrested and 1,100 cartons of duty-unpaid cigarettes were seized by the Singapore Customs in an operation on Tuesday (June 28).

During the operation conducted near Waringin Park, in Chai Chee, officers observed the three men - two Chinese nationals and a Singaporean - and the Singaporean woman transferring brown boxes from a van into a car parked beside it, said the agency on Thursday.

Officers conducted checks and found a total of 1,100 cartons of duty-unpaid cigarettes in the two Singapore-registered vehicles.

The total duty and goods and services tax evaded amounted to about $93,940 and $7,470 respectively.

Vehicles used to commit such offences and proceeds of sales of duty-unpaid cigarettes may also be forfeited.