399 people under investigation after police raids on massage, entertainment outlets 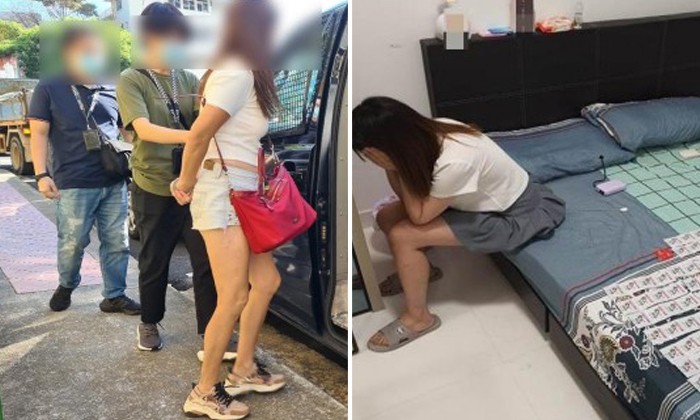 A massage parlour allegedly solicited customers seeking sexual services through a website, and in a raid on the unit located on the second storey of a shophouse along Temple Street in Chinatown last Friday (Dec 10), five women and a man were arrested and condoms and bottles of lubricants were seized.

The Straits Times, which accompanied officers from the Singapore Police Force, Singapore Civil Defence Force and Central Narcotics Bureau during a joint operation that day, also witnessed another raid on an unlicensed unit in Race Course Road which offered massage services but was masquerading as a spa.

The raids were part of an islandwide operation conducted by the police on 159 massage establishments and 110 public entertainment outlets between Oct 24 and last Saturday, and 399 people are under investigation following the operation.

The breaches include providing massage services in an unlicensed massage establishment and failing to ensure that employees do not provide sexual services.

Investigations against 131 people, including operators, masseuses and customers, are ongoing.

The police also said in the statement on Wednesday that 28 licensed and unlicensed public entertainment and nightlife outlets are believed to have committed various breaches under the Public Entertainments Act, the Liquor Control Act and the Covid-19 (Temporary Measures) (Control Order) Regulations 2020.

Investigations against 160 people, including operators, staff members and customers, are ongoing.

"We have taken enforcement action against them and we will continue to do so in the near future."

Last Friday, the police also conducted checks on a mixed-use office-cum-retail unit in Beach Road and a shophouse unit in Keong Saik Road. 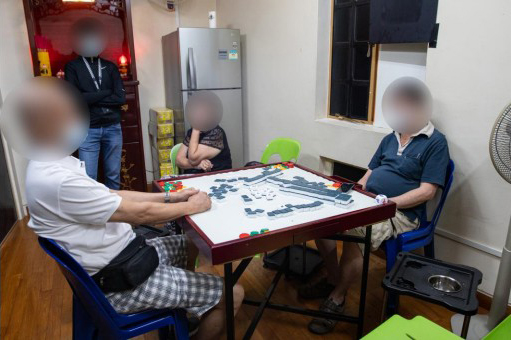 A shophouse unit in Keong Saik Road was allegedly being used as a private space for mahjong. Photo: Singapore Police Force

All 11 are being investigated for offences under the Common Gaming House Act.