$38,000 raised for S'pore PR whose leg was amputated after being infected with flesh-eating bacteria 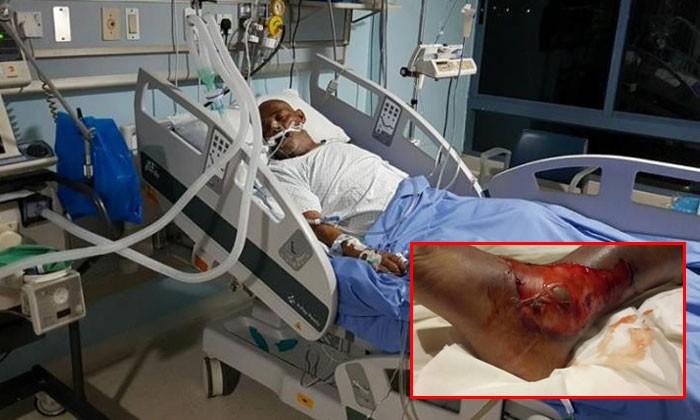 The son-in-law of Mr Abdul Ghafur Mohd Ibrahim told The Sunday Times on Friday that the latter has shown signs of improvement.

Mr Mohamad Ameen Said Abdul Kadir, 37, said Mr Abdul Ghafur has regained consciousness but is unable to speak, due to the tubes in his mouth.

He also has a slight infection near his groin.

Mr Abdul Ghafur, a Singapore permanent resident, had gone to Mecca, Saudi Arabia, with his wife to perform the "umrah" on Dec 11 last year.

He fell after being pushed near the Ka'abah and on Dec 23, he had to be hospitalised in Jordan due to a flesh-eating infection on his left foot.

A few days later, his left leg was amputated.

Said Mr Ameen, an operations manager: "It has been a difficult few days for me but I'm encouraged and motivated that strangers are sending me warm wishes."

Said Mr Ameen: "While the situation is fluid, we're hoping to evacuate my father-in-law, perhaps on Thursday, provided there are no new medical complications.

"I would like to thank all who have helped our family during this difficult time."