33 years' jail, 24 strokes for man who sexually abused 4 daughters and raped 3 of them 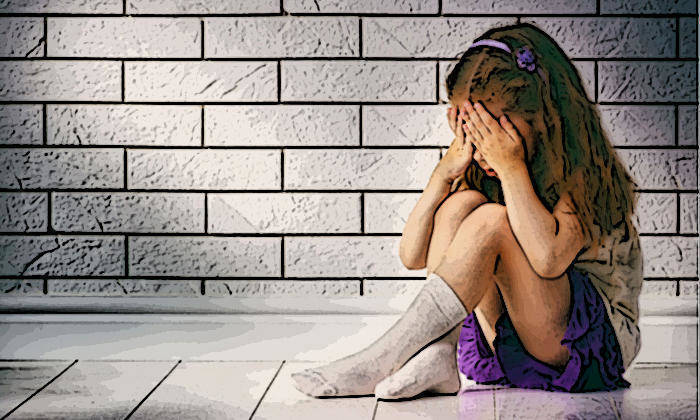 A man who sexually abused four of his five daughters over a 14-year period, raping three of them, was sentenced to a jail term of 33 years and two months, and given 24 strokes of the cane on Friday (March 18).

In sentencing the 45-year-old man, a High Court judge said this was one of the worst cases of rape and sexual assault, and that the accused's actions are "deeply horrific and horrendously reprehensible".

"The accused destroyed the cherished values of the victims' sanctuary and turned their home into a living hell," said Justice Tan Siong Thye in a nearly 70-page judgment.

"He had caused unimaginable misery and untold torment to them for several years."

The man began sexually assaulting his oldest daughter in 2004 when she was six or seven years old, extending his abuse to his other daughters over the years.

Only the youngest of the five girls was spared.

The trail of abuse was uncovered in November 2018 when one daughter finally made a police report, accompanied by an older sister.

The girl, now 16, is the youngest of the four abused girls.

The man, a freelance instructor for children's adventure camp, also has two sons. He cannot be named to protect the identity of his children.

Last week, he pleaded guilty to seven charges for offences committed against his fourth daughter when she was aged 12 to 13.

Another 26 charges were taken into consideration during sentencing.

The sexual to abuse usually took place at night when the man's wife was out working.

"The accused exploited and took advantage of these opportunities to sexually assault the victim without detection," said Justice Tan, adding that this was an aggravating factor.

The man's use of sexual grooming and threats to satisfy his sexual perversion were also factors that justified severe punishment, the judge added.

When the girl was in Primary 5, the man tried to normalise the idea of her having sex with him by showing her a pornographic video, which he claimed involved a girl her age having sex with her father.

In 2018, the man threatened to stop her from schooling if she did not have sex with him every month.

Justice Tan also considered the sexual offences committed against the three other abused girls. The number and nature of these charges reinforce the need for specific deterrence, he said.

He noted that after the two girls left the flat to make a police report, the man went to three police stations to look for them.

When he could not find them, he searched online for ways to pass a lie detector test.

Justice Tan also raised an incident in 2015 when one daughter reported the man to the police but he told his wife to persuade the girl to lie to the police.

"He managed to get away with the sexual offences in 2015 and he hoped he could do the same in 2018. The accused was prepared to lie to the police and maintained his innocence until recently when... he realised the avalanche of evidence against him."

The man's guilty plea did not warrant a sentencing discount as it did not appear to be motivated by genuine remorse, said the judge.

Justice Tan also called the way the man had in September 2018 deprived three daughters and his younger son of food for five days over the "small matter" of uncompleted chores as "deplorable".

The man threw away all the food in the house, including all the raw and frozen food in the refrigerator, going to the extent of binding bottles of water in the fridge with rubber bands so he would know if the children tampered with them.

The children survived on tap water and the occasional meal smuggled to them by other family members.

Justice Tan also considered the charges against the man for physically abusing his wife and three children.

"These charges, when seen in totality, paint a disturbing and tragic picture of the physical domination the accused enjoyed over the rest of his family," said the judge.

Justice Tan added that the victims' impact statements made clear that the sexual abuse has left them with lasting trauma and painful wounds.

The youngest victim expressed how there were times when she blamed herself that her siblings no longer had a father.

"Despite her family's support, she could not help but feel that she was fighting this emotional battle alone," said the judge.

The sister who had accompanied her to the police station said that she remained silent about the abuse as she was afraid to break up her family.

Another sister fears ever having a father figure in their home again.