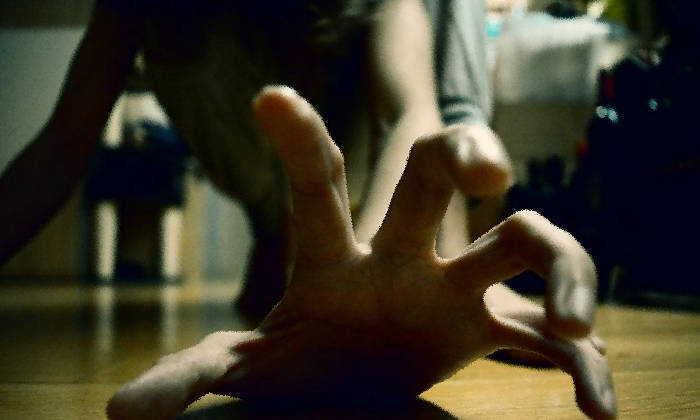 A 62-year-old woman has been accused of holding down her daughter's ankles when the girl was a Primary 5 pupil to allow her lover to sexually assault the child under the guise of giving her a massage to "treat" her.

Prosecutors said the couple even made the girl watch them having sex, so that the victim could learn how to have sex with the man, who used to provide massages at a temple.

The woman and the 70-year-old alleged assailant went on trial in the High Court on Tuesday (Nov 30). She is accused of conspiring with him to persistently sexually abuse her daughter between 2012 and 2017, when the girl was between 11 and 16 years old.

"(The woman) robbed the victim of a mother's protection. (The man) committed abhorrent sexual acts against a victim 50 years younger than him," said Deputy Public Prosecutor Kumaresan Gohulabalan in his opening address setting out the case against the pair.

The parties cannot be named under a gag order to protect the identity of the victim, who is now 20 years old.

The court heard that the victim got to know the man in 2009, when she was a Primary 2 pupil and at a time when her elder brother was a member of a lion dance troupe coached by the man at the temple.

The woman then started to visit the man regularly at the temple - taking her daughter along - where he performed massages on both of them.

The woman was also learning how to perform "tui na", a traditional Chinese therapeutic massage, from the man.

A police officer who interviewed the man testified that the man said he learnt how to perform massages from "medical books and YouTube videos".

In 2011, the man began providing massages to the victim and her family at their home.

Prosecutors said the victim will testify how the massages escalated to serious sexual abuse behind closed doors in the family's flat, with the knowledge and assistance of her mother.

The massages became more intrusive and although the girl voiced her discomfort, she was told by her mother to keep quiet and obey.

By the time the girl was in Primary 5 in 2012, she was instructed to strip naked during the massage sessions.

The man would violate her sexually during the massage session, under the guise of "treating" her irregular menstruation.

At times, when the girl kicked around to prevent the intrusive acts, her mother would hold down her ankles to allow the man to violate her.

Between 2012 and 2017, the man perpetrated various forms of sexual abuse on the victim under the veneer of massaging her to "cure" her.

The man then began massaging her while clad only in his boxers and asked her to massage him. Her mother encouraged her, saying that she should do so since the man was coming over frequently to massage them for free.

Aside from the massages, when she was in Primary 4, her mother made her watch pornographic movies with her. The DVDs were said to be supplied by the man.

When she was in Secondary 2 and 3, the pair would watch pornographic movies with the girl on the man's mobile phone.

On numerous occasions, the pair had sex in front of the victim.

When the girl questioned why she had to watch them, her mother told her that this was so that she could learn how to have sex with the man.

In August 2017, the man told the woman and the girl that he needed to conduct prayers to "rid" the victim of evil spirits.

He would light candles, place them around a bowl half-filled with water and flowers, and chant while the victim or her family members sat around the bowl.

After a few sessions of prayers, the man told the woman that he needed to perform ritual showers on the victim to get rid of the victim's "bad luck".

During the showers at the family's flat, the woman would take off her daughter's clothes if the girl did not do so herself.

The man would scoop water over the victim's head while chanting, as she sat naked on a wooden stool.

The "ritual" included the man brushing his hand and a lime over the victim's body, and ended with a sexually intrusive act.

The prosecutor said the victim will testify that she decided to report the offences only on Nov 27, 2017 because she had been instructed by the pair not to tell anyone about the acts.

The girl's boyfriend will testify about how the victim confided in him a few days earlier, and about the circumstances leading to her decision to lodge a police report.

The girl's two brothers will also testify that the man massaged the victim regularly in the master bedroom, with their mother present.

Psychiatrists will testify that each of the accused persons had no mental disorder or cognitive impairment, and were not of unsound mind at the time of the offences.