3 men arrested for setting off fireworks in Bukit Batok and Little India: Stomper finds what 1 guy left behind 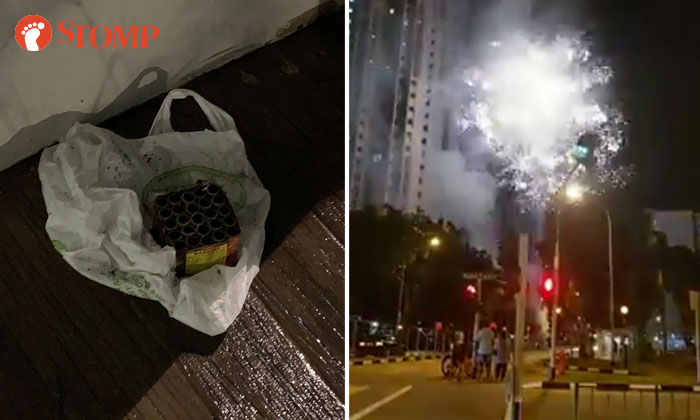 Three men have been arrested for setting off fireworks in two separate incidents near Little India and at Bukit Batok on Tuesday (Nov 6).

Stomper Jackson alerted Stomp to fireworks that were set off at Block 194B Bukit Batok West Avenue 6 at about 7.46pm.

He saw the fireworks from his home at the next block.

When he went down to take a look, he found the remains of a box the fireworks had supposedly come from. 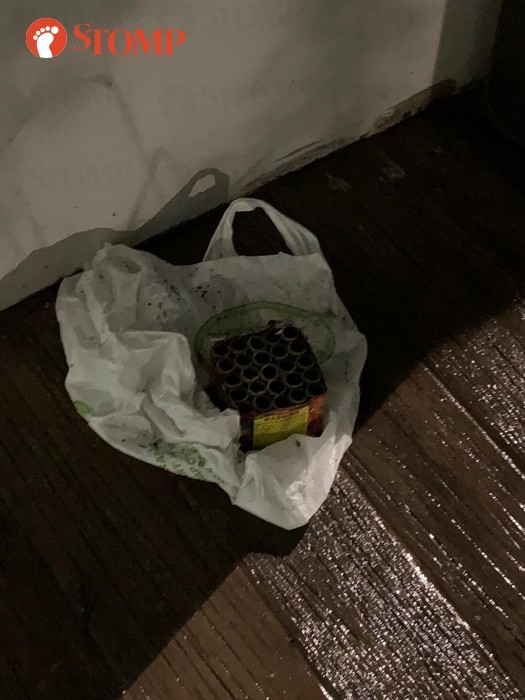 The police told Stomp that they were alerted to the case at about 7.49pm.

A man was subsequently arrested for discharging of dangerous fireworks, a spokesman said.

Stompers Ah Boy and Mr Tan alerted Stomp to a video of the earlier incident that happened at Gloucester Road near Little India in the early hours of Deepavali on Tuesday.

The video has been circulating on Facebook and WhatsApp.

Halfway through the video, police officers can be seen heading towards the source of the fireworks.

The police said in a news release that a police officer spotted the fireworks along Gloucester Road at about 12am.

Officers from the Central Police Division established the identities of the two men, aged 29 and 48, involved in the incident and arrested them on the same day for their suspected involvement in a case of discharging dangerous fireworks.

Police investigations regarding the two cases are ongoing.

These latest incidents come after four men were arrested for setting off fireworks in Yishun and Ang Mo Kio on Deepavali last year.

Setting off fireworks in Singapore without obtaining prior permission from the authorities is illegal.

Anyone convicted of discharging dangerous fireworks can be fined between $2,000 to $10,000, jailed up to two years or both.